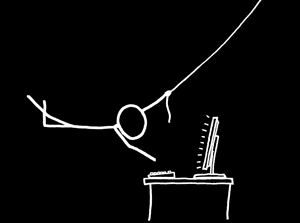 You can contact me by e-mail: [insert here my name's first letter]ccolade_SE16.kmf@gishpuppy.com

How to save notes to self (e.g. ToDos) on Stack Exchange

Put this at the beginning of your public profile About me:

That's 3 spaces before <!-- and -->. Before saving, hide this HTML comment section, by removing a space before the <!--. When you return here, you can have your self-notes section rendered in markdown by re-adding the space before <!--. (Don't forget to remove it again  when you're done.) When this HTML comment section is not rendered in markdown, it is also not included in the generated HTML source code, so your notes are perfectly private from other users' eyes.

You can use markdown formatting in there, but no HTML tags.

Caveat: Stack Exchange limits your total About Me code to 3000 chars. :(
If you need more than that, you could swap non-secret stuff into an answer in the http://meta.stackexchange.com/questions/3122/formatting-sandbox/ and put a link to that public notes answer into your hidden profile notes.

Enjoy your day on