Vim provides a command :map. By default, (when no argument is given) the command will show all the mappings currently created. Here is an example of the result of the command: 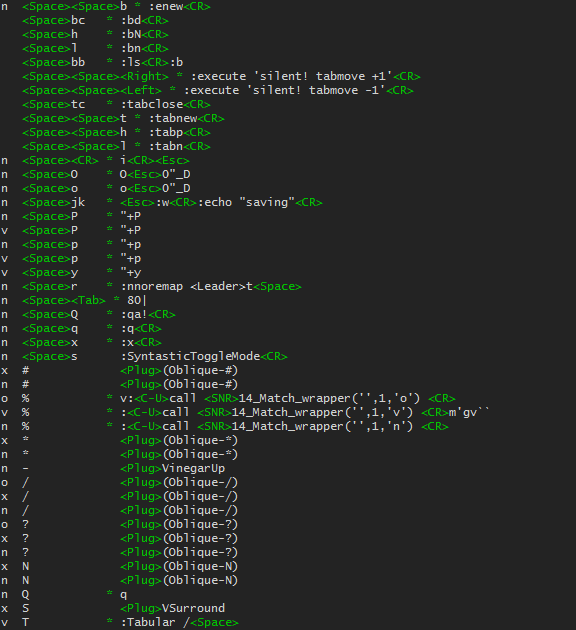 For example, see these two screenshots which are the results of :verbose map: the first one is a mapping modified by my .vimrc and the second a mapping created by a plugin:

3
Remapping motion keys
1
Mapping influenced my return key to toggle the syntastic check mode
1
How can I detect which command triggers a shortcut in a third-party package?
28
arrow keys don't work in insert mode
26
What does `<Bar>` mean?
25
File Type dependent key mapping
25
Can I map a Ctrl + upper-case letter separately from Ctrl + lower-case letter?
20
What does <Plug> do in vim?
10
How to run internal vim terminal at current file's dir?
9
Why does remapping <Esc> make the cursor jump?
See more linked questions

0
How to execute <leader>pcd mapping?
2
Mapping <C-m> also creates a mapping for <CR>
4
How to debug an external function
2
How can I use a plugin mapping in my own mapping?
3
Why is `vmap` for both Visual *and* Select mode?
0
Execution of mapping
1
Can you use a different mapping within another mapping?
0
How to debug this problem with the :map command?