How to reset neovim setting on MacOS to its default completely

I installed neovim on MacOS Big Sur via homebrew. Then created the init.vim using vim-bootstrap (the languages I picked were C, Go, Haskell, Ocaml, and Rust) and put it on ~/.config/nvim/init.vim.

When opening another code files, nvim complained about "command not found" on init.vim. After some inspection, I guess because Haskell and Ocaml compilers hadn't been installed. So I wiped the entire nvim config directory, and created a new init.vim (without Haskell and Ocaml).

I ran nvim, then saw this errors. How to fix these? 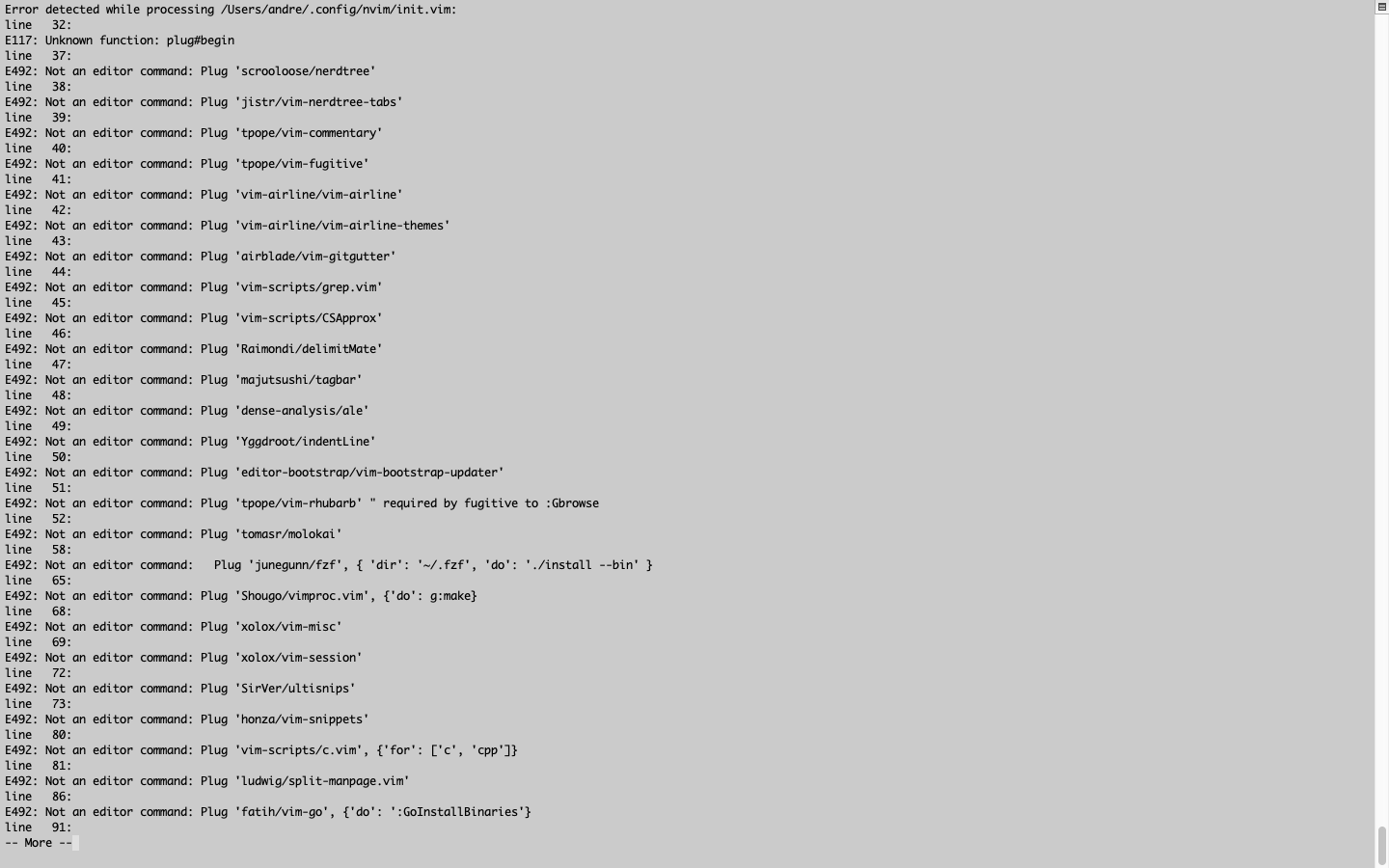 Maybe you accidental removed the location of there vim should store plugins in your init.vim

5
How to Start Graphical Neovim from OS X Terminal?
4
NeoVim: default colors don't match vim's
1
How to install the latest version of Vim on macOS?
4
How to install more features to built-in Vim in macOS?
0
Global variable not setting correctly when starting neovim
2
Emoji does not render correctly when yanked from Neovim and pasted into a macOS GUI app like TextEdit
0
How do I give mvim Full Disk Access on macOS?
1
Where does neovim store its defaults? Where is the defaults.vim for neovim?