How to change the color of the tabline of the vim-airline?

I'm trying to make transparent the tabline of the vim-airline, as in the second picture. I'm using the onedark colorscheme. They don't have a color specific for that. They use the same color variable for the statusbar and the cursorline. So if I put the following command in my init.vim, I change all three (tabline, statusbar and cursorline):

I don't want to change the color of the cursorline.

I'm able to get the result I want for a specific session, using:

But I don't want to do this every time I open neovim. It doesn't work putting this command in the init.vim file.

Interestingly, if I put this command in a file in the ~/.config/nvim/after/ftplugin/ directory, I get the result I want. However, in that way I need to create a file for every filetype I want this result and put that command. That is a horrible solution.

Any thought on how to do it in a more efficient way? 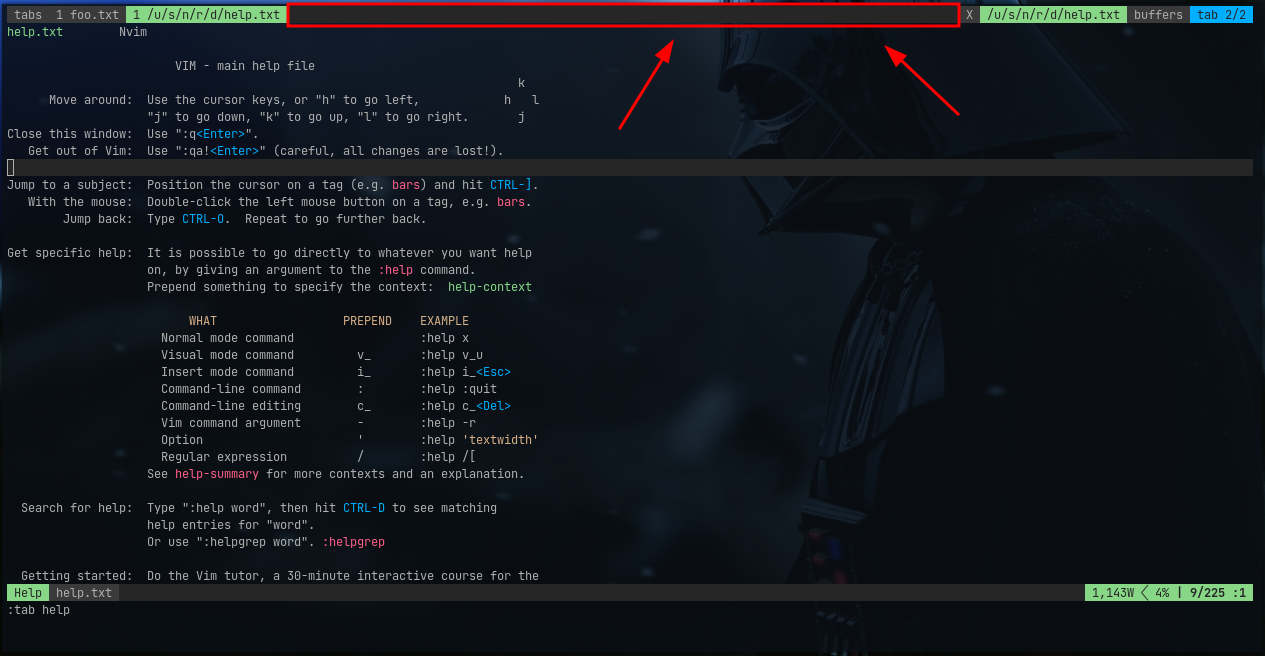 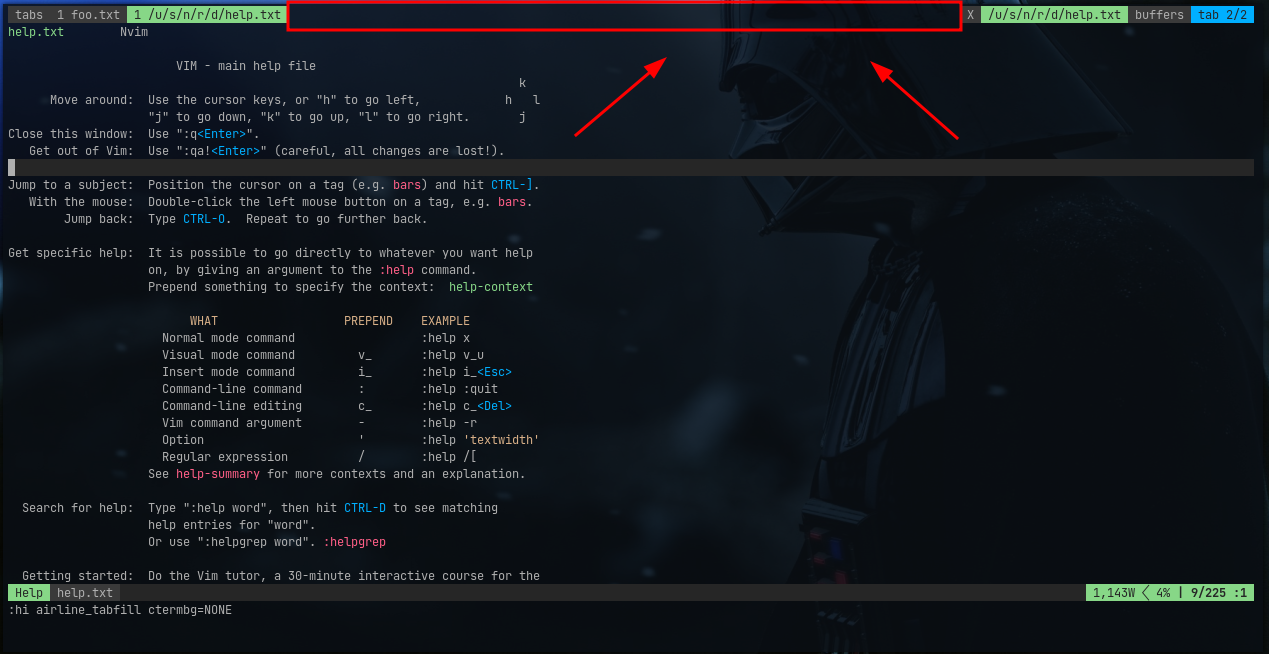 As I alluded to in my (now deleted) comments this seemed to just be a matter of timing, i.e. you need some way to specify your hi customization such that it doesn't get clobbered by vim-airline's own setup.

Being a vim-airline user myself, I did :h airline then /autocommands. That quickly revealed that the plugin has five "user-defined" autocommands. Of the five, the one that seemed most likely to help was this one:

So I tried putting the following in my vimrc:

And lo and behold it worked. (The "user-defined" part I mentioned above is how I knew to use User here since it's not explicitly mentioned in that section of the docs.)

Not the answer you're looking for? Browse other questions tagged neovim plugin-airline or ask your own question.

4
non-default colorschemes can't be loaded; setting them manually after startup works
6
Neovim setup on MS Windows
1
NeoVim: colorscheme won't work in init.vim; requires command to be typed
2
I can't escape square brackets for syntax matching
1
airline-tabline: the action of the first tab is different from others
0
cannot find debugger.py
2
Shared neovim/nvim and vim config-file, issue with coc.nvim: "(coc-definition)" works in vim - but not in neovim, why?
0
Can't enter a tab character when previous character is not a tab or space in insert mode