I like textwidth, except that it inserts EOL characters, and that breaks what I consider to be a sentence. I'd like to go back to having a long sentence be a long sentence, but I want it visually broken.

wrapmargin also inserts EOLs and seems to just go from the right side of the screen, not the left, so that's out.

linebreak sounds like what I want, but, it seems like it allows you to fill the screen and then defines what character to break at; this is not what I want. Rather, I want to break at some definitive point like I can with textwidth (e.g. character 80) but without the EOL.

Does the option I want exist?

There is wrap option that does almost what you want.

"Almost", because it wraps around window boundaries, not some defined textwidth: 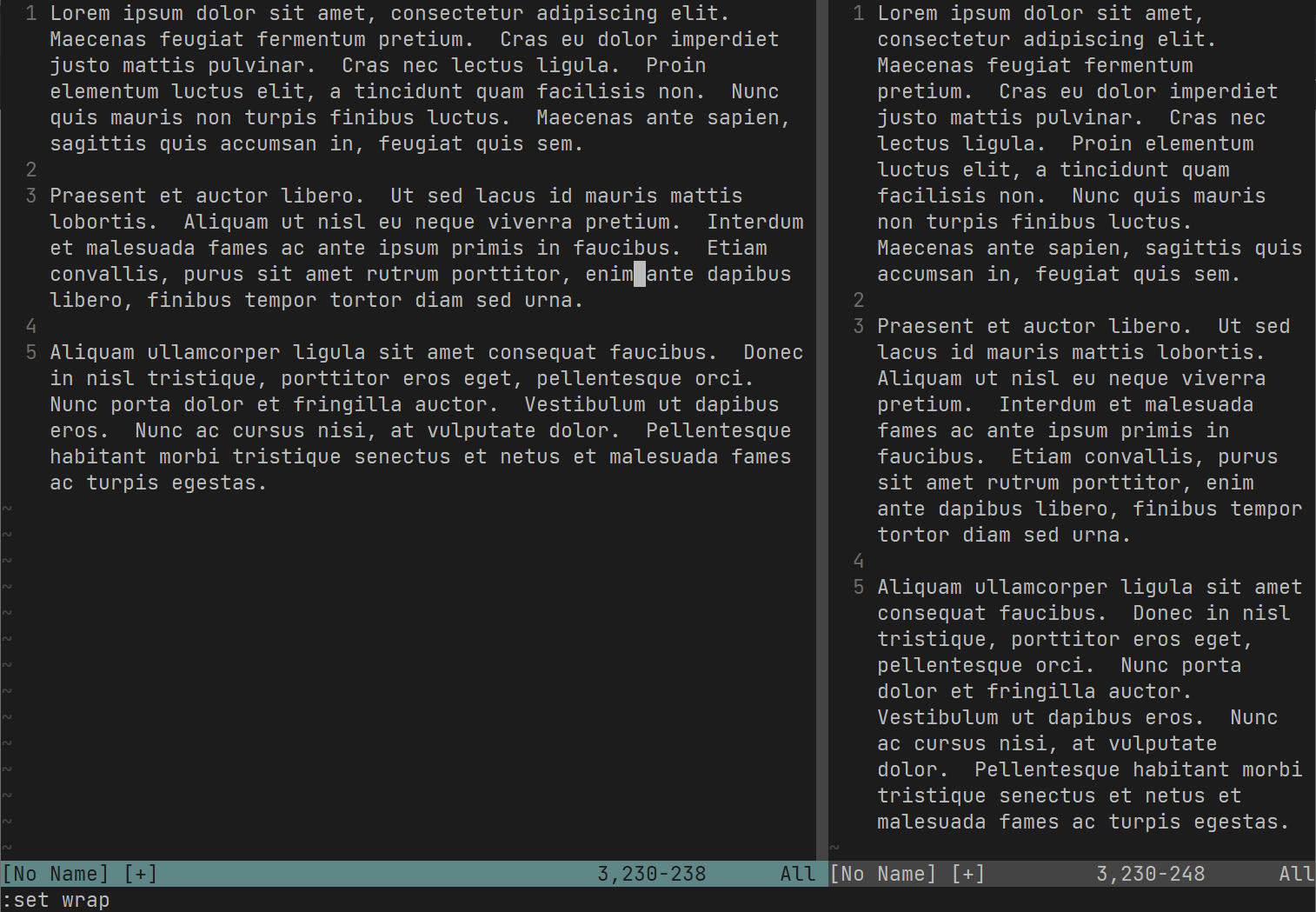 Not the answer you're looking for? Browse other questions tagged formatting wrapping line-breaks or ask your own question.

0
How can I soft wrap the gundo preview?
13
Why is a Line Feed converted into a Null character inside the search register and into a Carriage Return on the command line?
13
How to automatically lower case the second letter of a word?
3
How to make linebreak play along with conceal
0
How can I soft-wrap a word to a new line?
2
How to disable auto insertion of comment header when pressing enter, but keep auto insertion of header when auto wrapping comment?
0
Vim doesn't respect the initial tab distance of a paragraph