How do I switch between the command-line history and file panes?

When using the command-line history window, I'd like to go back to the file I use it on to see what I'm working with. When revisualizing a block of code (gv), the cursor will go to the top after entering command-line history (q:). How do I switch between these two windows/panes? 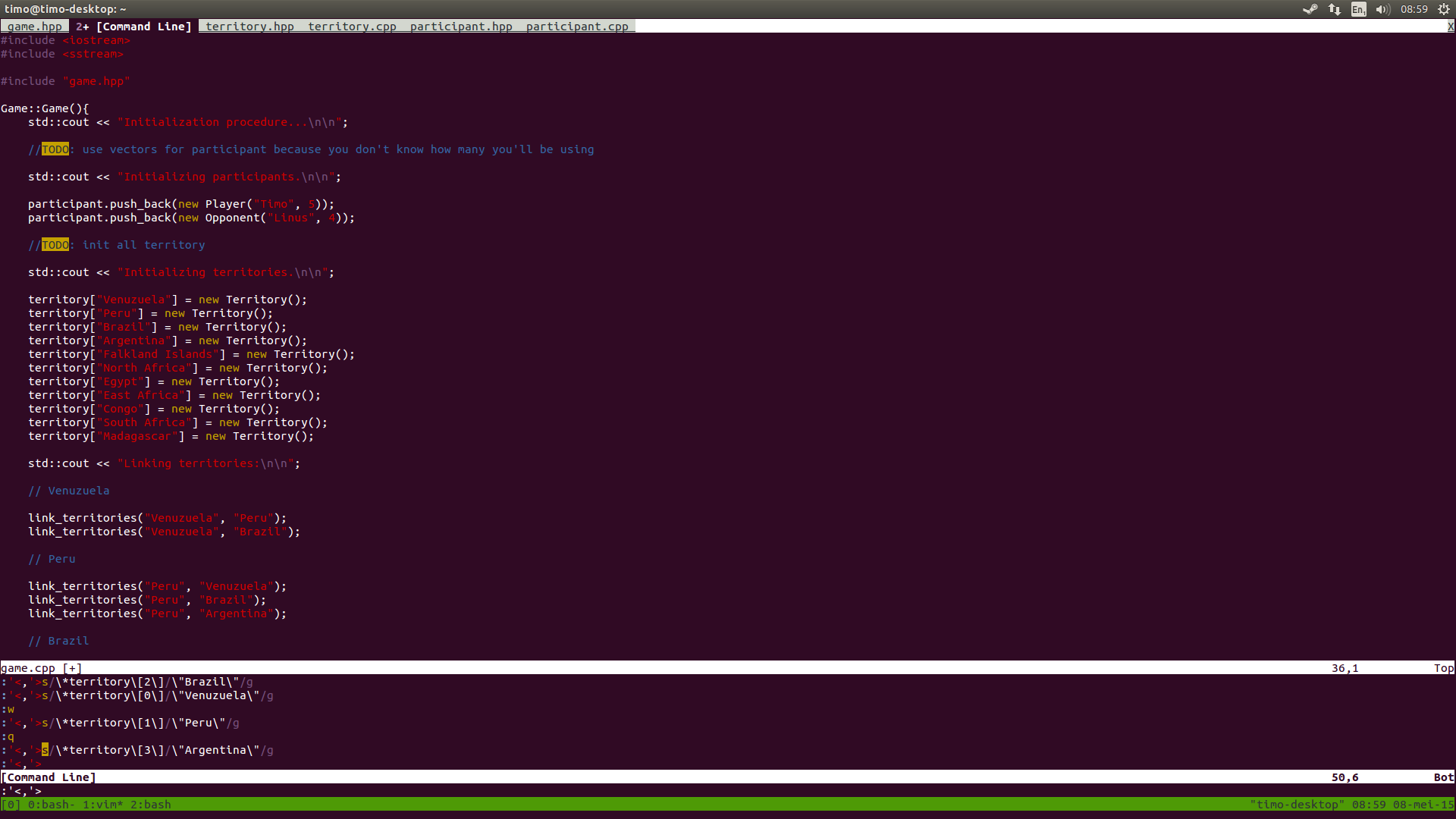 <C-w>p moves the cursor to the previous window.

You can't switch to another window while the command-line window is focused, as stated in :help cmdline-window:

Sadly you can't. You have to close the window first.

As others have mentioned, window commands are very limited for the cmdline window and there is no way to move the cursor to the previous window while keeping the cmdline window open. Here is a suggestion that, though it won't allow ordinary 'window switching', may simplify returning to look at the content of the buffer from which you summoned the cmdline window.

Note that ^M in the function is a literal carriage return, to be entered with CTRL-V+RETURN. (If you yank-put this code you will have to replace the two characters ^ and M in this way.)

Not the answer you're looking for? Browse other questions tagged visual-mode vim-windows command-line-window or ask your own question.

13
How can I get my windows back into a grid formation?
10
Buffers vs tabs vs arglist vs windows
3
How do I set an option only if there are multiple windows?
5
Is there a direct way to select the buffer displayed in a non-active window?
7
How can I tell if I'm in the command window?
1
Execute Vim command in terminal window and return to Terminal-Job mode
1
Forcing integrated terminal to scroll down after relayed command