Some context and setup

I've been using Coq lately and the excellent coqtail plugin for syntax and proof development. I've seen some folks using Proof General in Emacs for a similar environment, and it conceals numbered subscripts, with

Nifty, says I, and implements it in Vim:

And I source this code in ~/.vim/after/syntax/coq{,-{goals,info}}.vim with

There are a few, but they are pretty interrelated so I'll put them together. (If people object, I can split the questions out.) 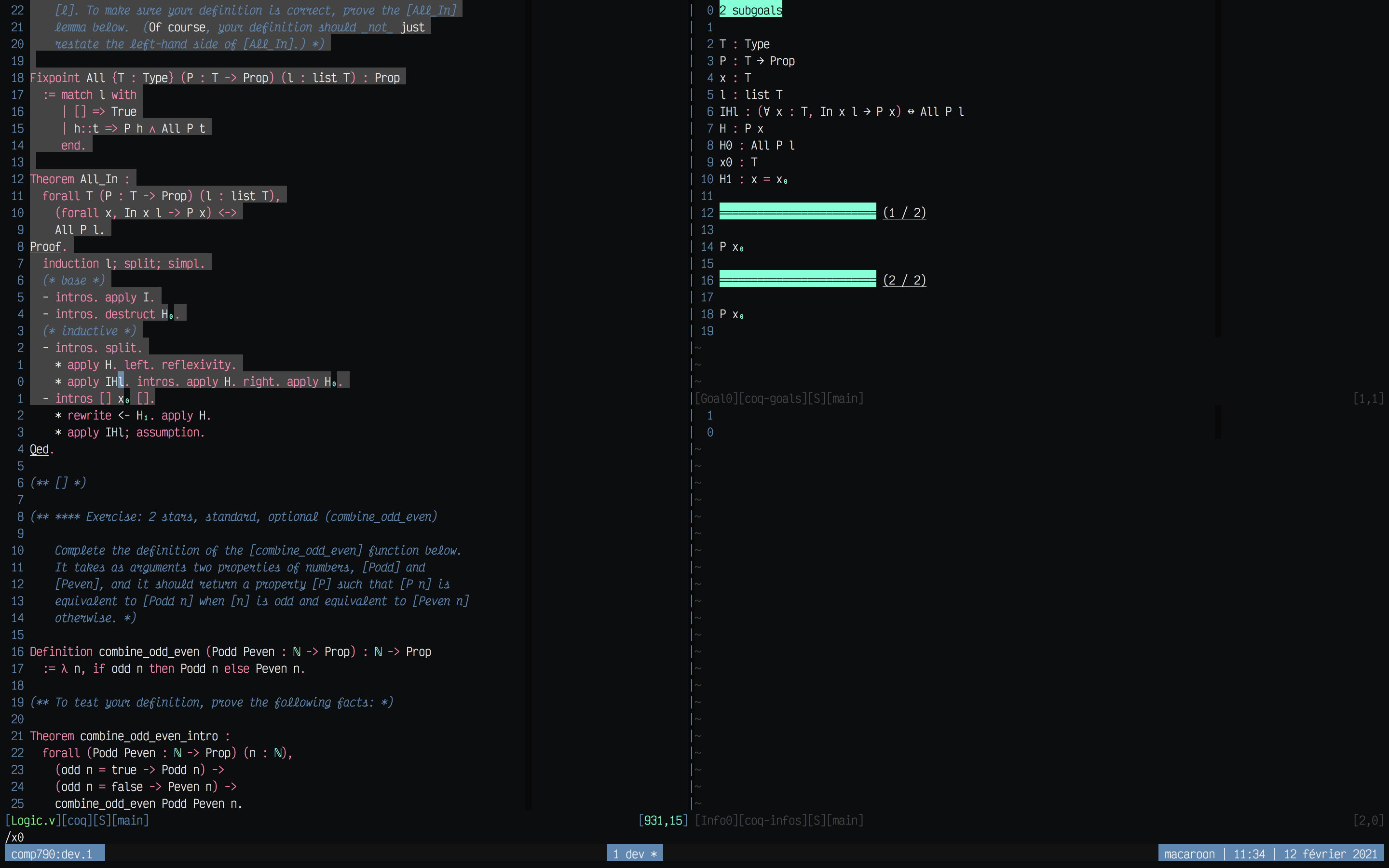 Is there a way to get all of them (and the H0s, etc.) to work? They seem to not conceal most often when the are followed by a (space or not) colon, if that helps.

Vim syntax is a beast. It takes some time to get used to it.

I suggest to try this:

UPD. Subscripts will not be shown within coq-goals syntax, coq-hypothesis region. The reason is the region start is defined with matchgroup=coqIdent. From :h :syn-matchgroup:

Not the answer you're looking for? Browse other questions tagged syntax-highlighting conceal or ask your own question.

5
Adding conceal to already existing syntax highlighting?
1
concealing the start and end pattern in syntax region
4
How to conceal Markdown syntax per-word, rather than per-paragraph?
1
Concealment causes color highlighting to not apply
2
Is there a simple way to remove a single keyword from a syntax group (or otherwise override it in a match)?
3
Conceal markdown links and extensions
1
syn-keyword with control characters?
1
apply conceal to already defined syntax