When doing auto completion with CTRL+n, I see autocompletion suggestions from the current file as well as from different other files all mixed together as seen below: 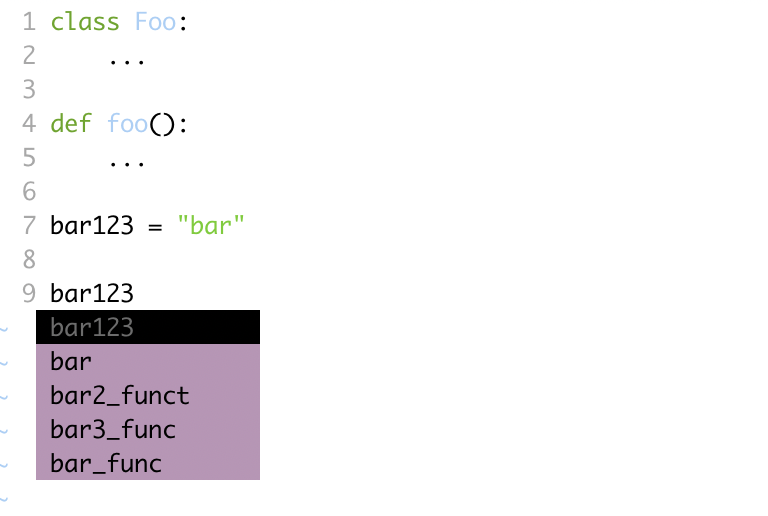 I would like to get a behavior similar to what is shown on the below picture, i.e. display the path of the file containing the suggestion if the suggestion is coming from file other than the current one. 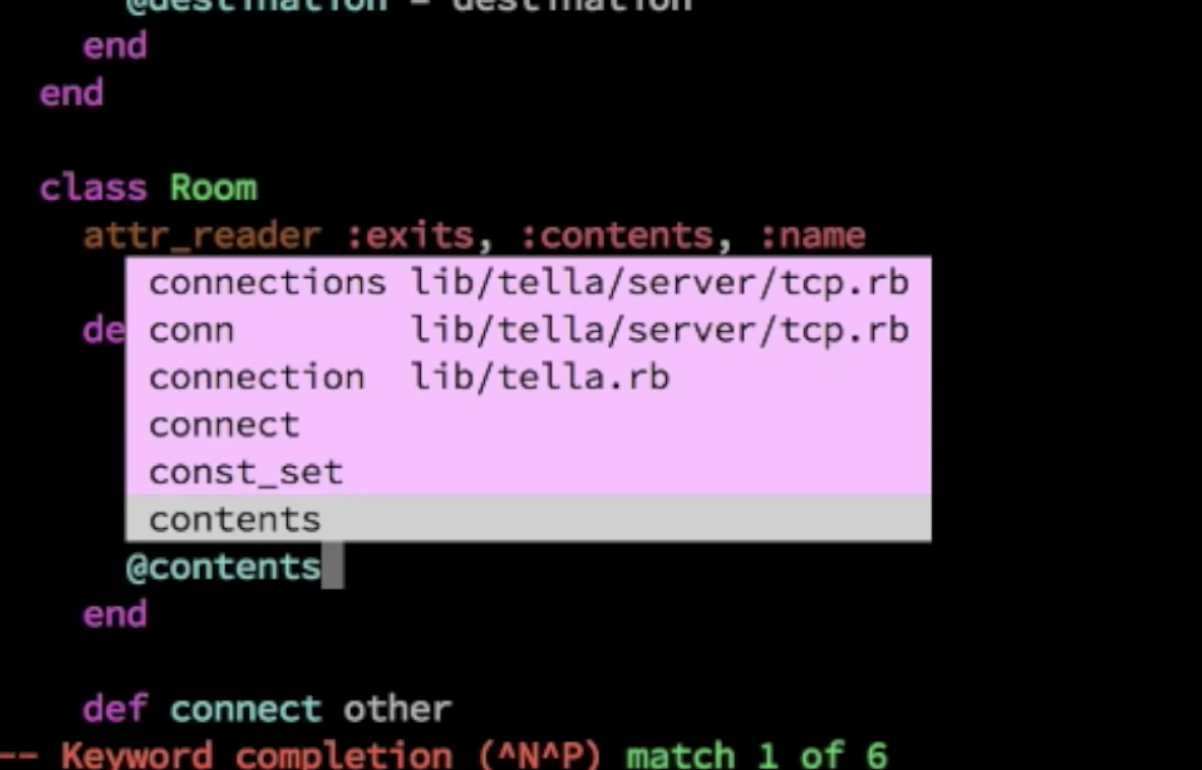 Normally it work if you have your file opened as buffer in vim. The autocompletion will look at them when you launch CTRL_P or CTRL_N (see :help complete):

4
Can't get Jedi's autocompletion on SuperTab
2
Auto-complete popup menu: make Enter trigger newline if no item was selected
1
Unmap <c-n> / <c-p> in completion menu to use as previous / next snippet placeholder with Coc
0
Use the buffers auto completion in an input() dialogue
6
Convert absolute path to one relative to another absolute one