How to show a terminal under all tabs?

I have opened few files in tab

When i have opened a tab contains file1, I open a terminal

But this terminal is only available for file1 . when I open other tabs file2 and file 3 , the terminal is not shown under. Is there a way to show a terminal under all tabs? (like vscode where terminal is static and we can move between tabs)

Sadly, no, it is not possible.

If you look at :help windows-intro, the following (among other) is said:

There is some hierarchy here between the windows and tabs.

So, to take your view, which (I think) looks like that: 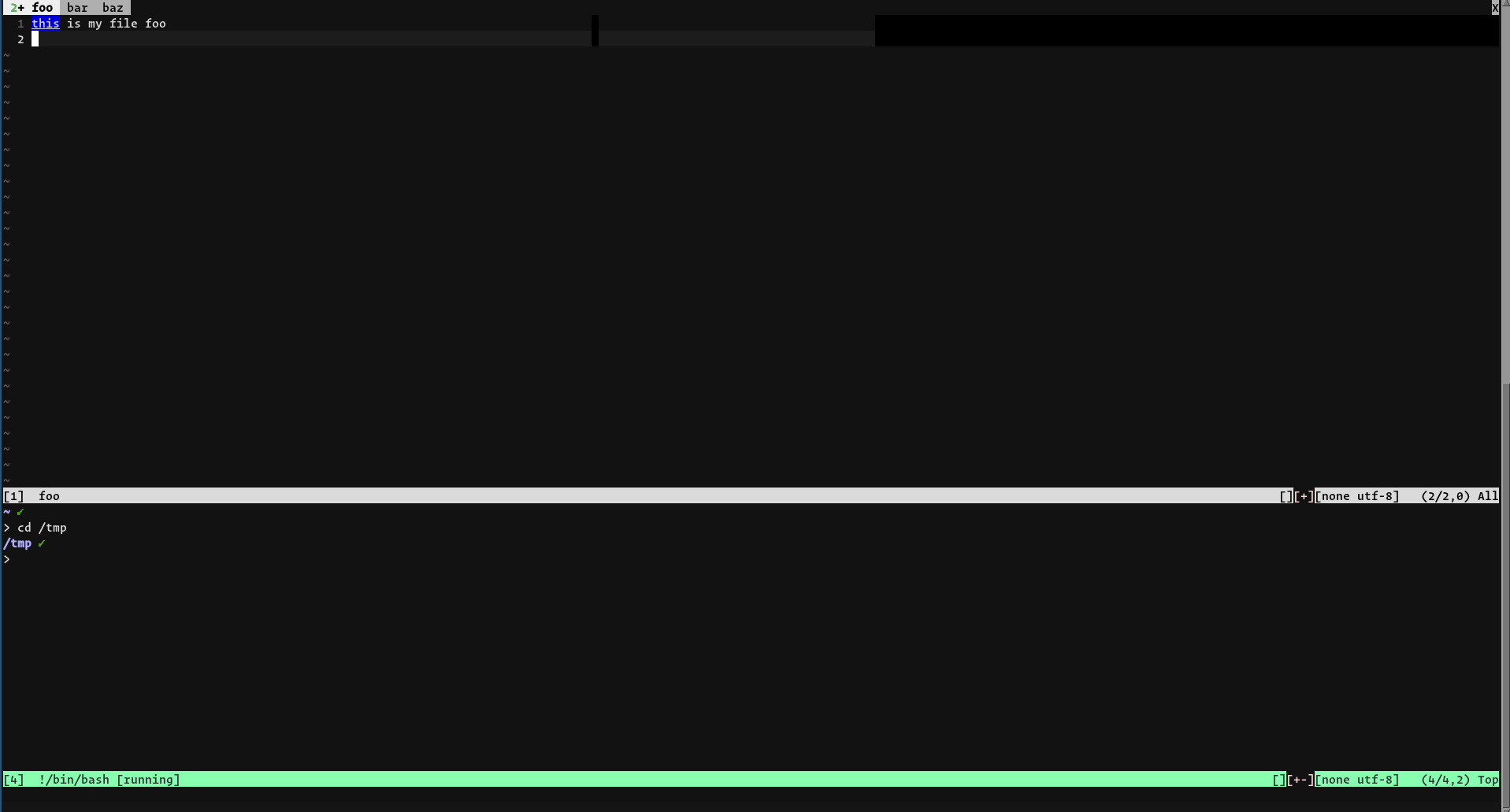 The terminal is in a window and it belongs to the first tab (where foo is currently open).

Is there a reason you open each file in a different tab with -p? The standard way to open multiple files is to open them in different buffers. See this answer for more about buffers vs windows vs tabs.

You can cycle through the buffer displayed in the top window with :bnext and similar. The workflow I would suggest to achieve what you want would be something like:

Not the answer you're looking for? Browse other questions tagged neovim terminal vim8 or ask your own question.

1
Is it possible to manage tabs only within the single window in split mode?
2
How to set group of tabs and 1 single terminal in Vim 8?
4
Neovim with split integrated terminal / REPL
2
Switching between terminal and vim for a touch-typist
2
How can I give a keyboard shortcut (c-tab, c-s-tab) back to the terminal?
0
Neovim autoupdating file in multiple terminal buffers, not warning with swap
1
How can I execute a non named file on terminal with NeoVIm?