Recently I was watching the following YouTube video https://youtu.be/fP_ckZ30gbs?t=1365 and got confused at the part where he is talking about opening multiple files at once. I tried this on my own with the following files in my working directory.

I first navigated to the directory containing these files. I then opened up vim and ran the :Rg going command to search for all instances of going in the pwd. It showed the above three files which I then selected with Shift + Tab. (Tab also seems to work for me.) 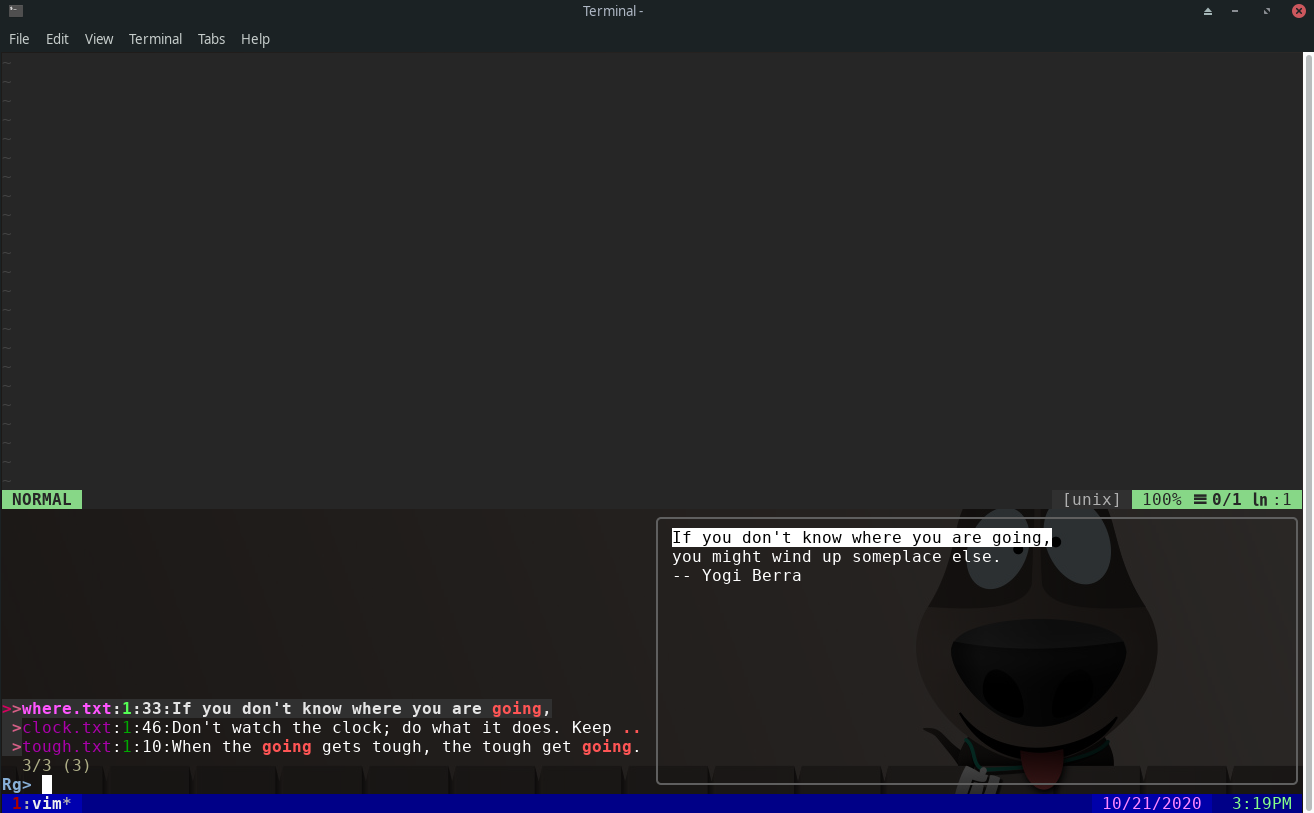 After the pink '>' shows that all three files are selected, I try to open them all up at once in a horizontal split via Ctrl + x. 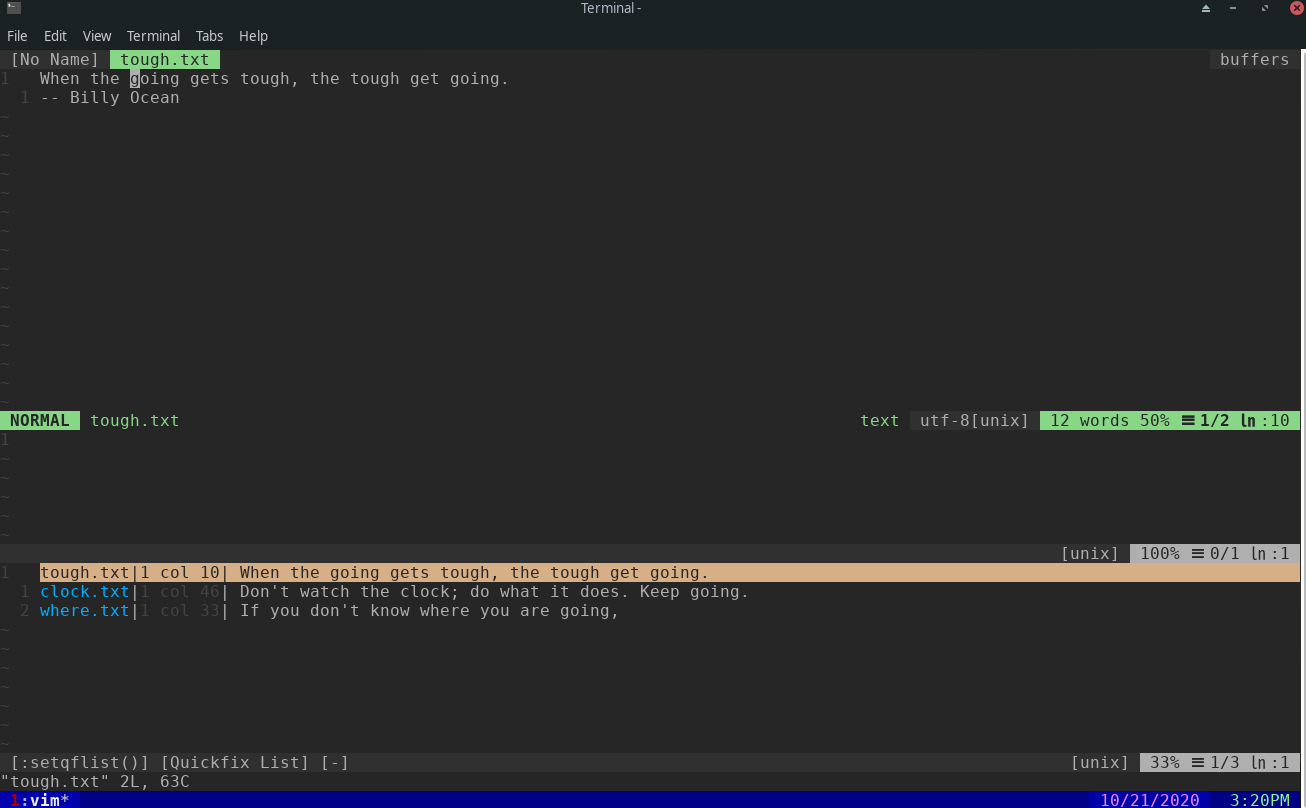 I do have fzf.vim installed and I placed this code at the bottom of my .vimrc:

Any idea why I can't open multiple files with an Rg command?

That is how Rg is implemented. If there are multiple entries selected it opens all of them in vim quickfix.

to use your own sink handler which would open the files in split.

Not the answer you're looking for? Browse other questions tagged plugin-fzf ripgrep or ask your own question.

5
VIM FZF, searching multiple directories
4
How to call the fzf Ag command with multiple arguments?
0
Context aware fzf command
1
How to use fzf :Buffers/:Files commands from vim terminal buffer
1
Tracking down odd behavior right after opening Vim and using fuzzy finder
0
fzf.vim how to configure the maximum amount of files stored in recent files history?
4
Can't search for strings within hidden files with fzf's Rg command in vim
2
Use feedkeys then do command
0
Multiline search and replace with quickfix list and :cdo