How can I make zz not center cursor when approaching end of file?

When I press zz at the end of file, the line is displayed at the center of screen by having many empty lines 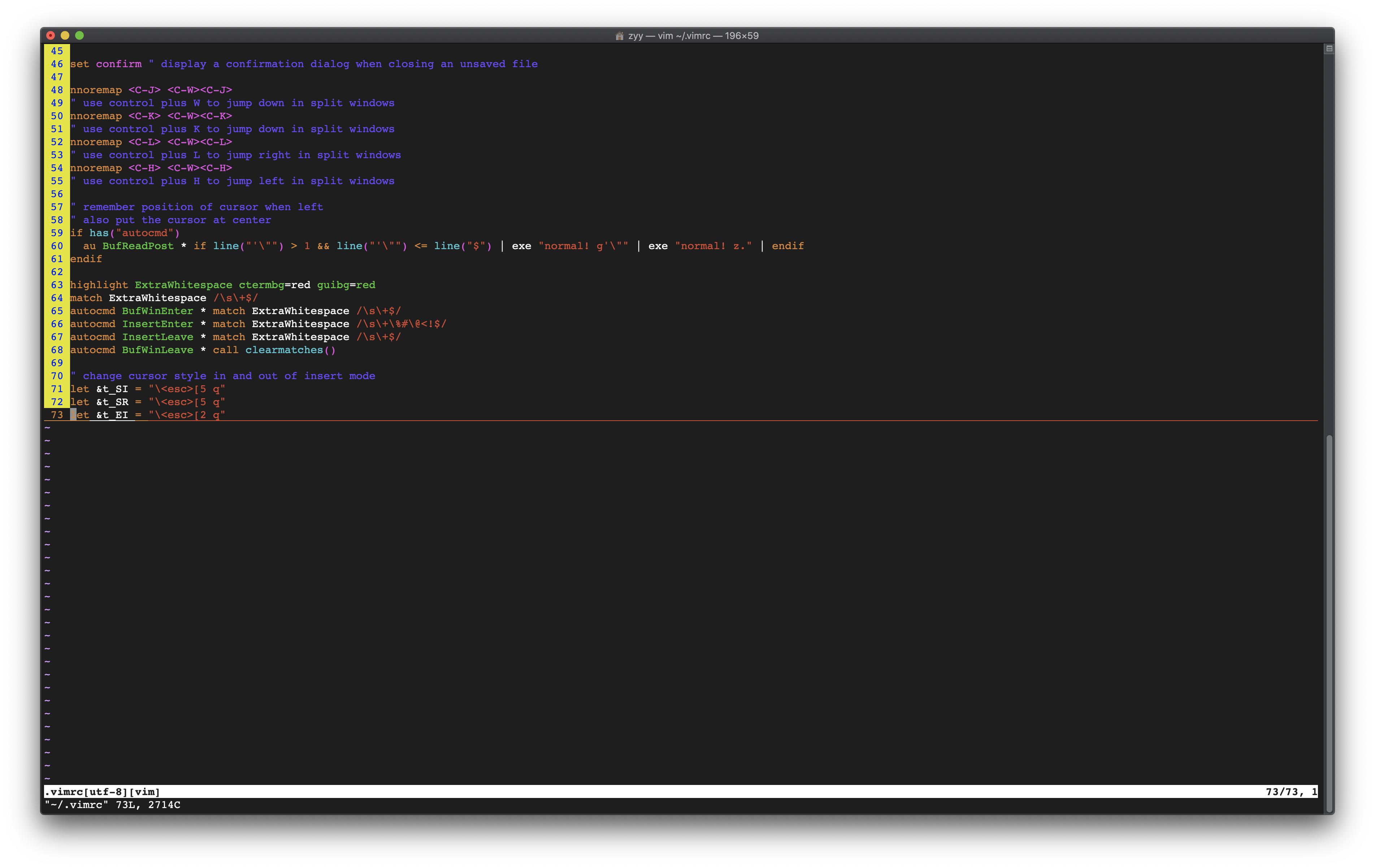 Please let me know if I did not make myself clear. Thank you in advance!

If you're willing to bring a function into the mix I whipped this up. I won't pretend it's super pretty or slick but it seems to do the trick...

Along with this override of zz...

The script checks cursor position relative to end of buffer and its distance to the bottom of the screen right after the zz movement.

If the cursor is within 5 lines of the end of the buffer but there's a gap of more than 10 between the cursor and window edge then the screen is shifted down, shrinking the gap to no more than 10.

Update: Here's a cleaned up, simplified and improved version of the function. With the original function, the logic for adjusting the screen is wacky. Where text will end up afterwards is hard to predict and depends on where the cursor is (though it does fulfill the main objective of limiting the number of gap lines).

Notice that there's only one tunable value in this version.

Not the answer you're looking for? Browse other questions tagged cursor or ask your own question.

3
cursor behavior when exiting <insert> mode
17
How do I make Vim always display several lines after EOF?
3
How to center a cursor on the screen, even at the start of the file
1
Text changes when moving cursor over
2
How can I highlight the current cursor position (not just the line)?
3
How to keep cursor vertically aligned to center even at the end of buffer?
4
how can we put the cursor at mouse pointer
2
How come the Vim cursor leaves one character at the end of the line?
0
How do I make the cursor blink?