I fond out how to resize a split on the fly in Vim but I would like to have a fixed size to some split (like the NERDTree split it always has the same size). So basically I am using Vim Plug as a plugin manager and when I run a command like :PlugUpdate it opens a split with some size and I want to change that size 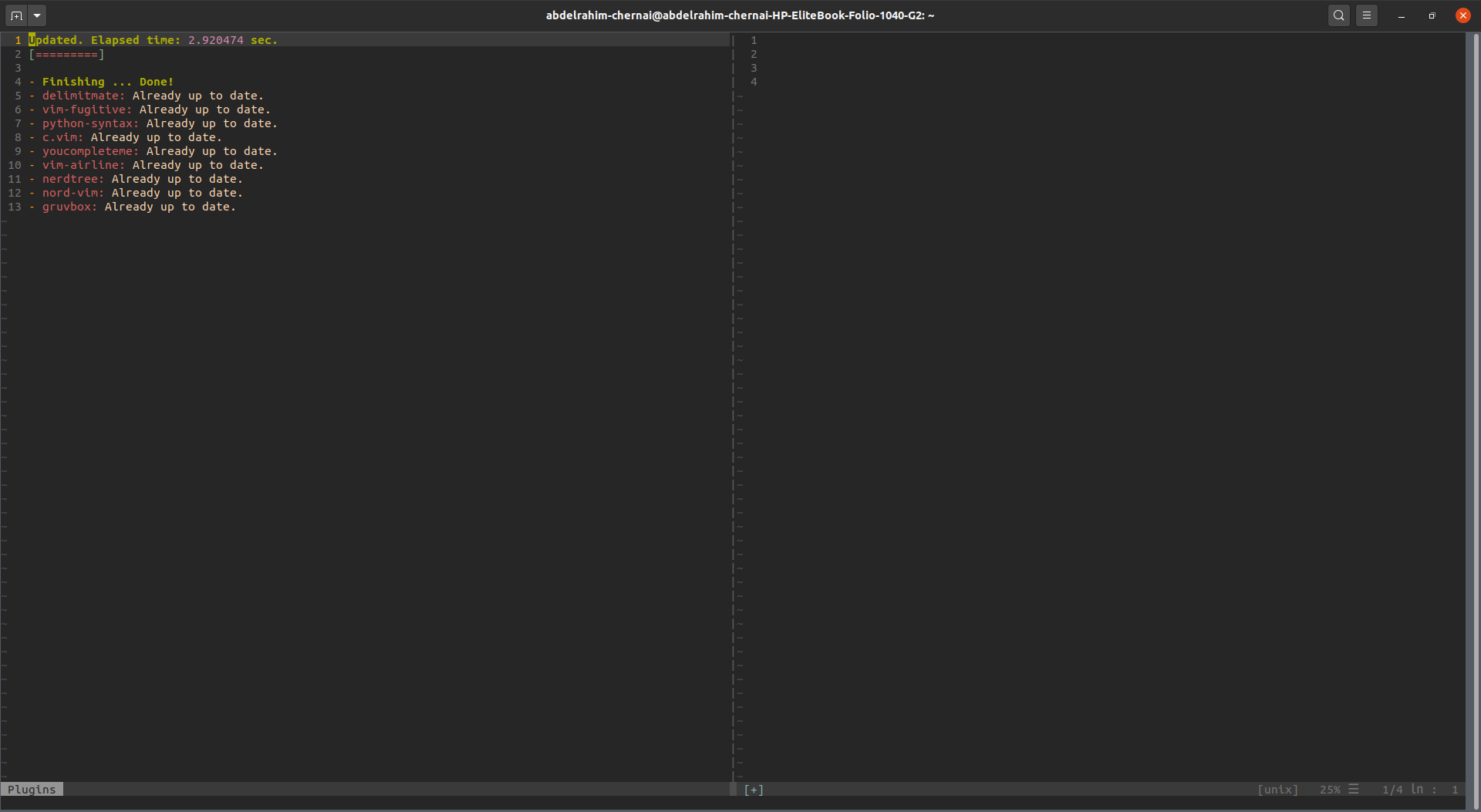 (I am completely new to Vim and I am trying to set my firs .vimrc file so if there are some things I should know it would be great to leave them here)

First we need to resize a split window vertically :h :vertical-resize tells us that from the command line mode we can use

Or we could also use :50wincmd | but I find that less readable. The wincmd command allows to execute from the command line the commands relative to windows that you would execute in normal mode with ctrl+wany command. See the list at :h CTRL-W.

Then you need to execute this command for windows containing a buffer with the filetype vim-plug. The filetype is the mechanism which allows Vim to know what is the content of a buffer and to do stuff accordingly (e.g. syntax highlighting, buffer-local options, etc).

To know which filetype we need to target I used :PlugUpdate, put my cursor in the window and use :set filetype?. This returned vim-plug

There are several ways to do it.

The first one, which is the easiest but the less elegant is to put an autocommand in your vimrc:

Autocommands is a mechanism provided by Vim to execute code when some events happen. The list of available events can be found at :h autocmd-events. Here we know that we want to resize the window when the filetype of the buffer it contains is set to vim-plug.

This works but it adds some bloat in your vimrc and it duplicate the built-in behavior of vim. Note that you could argue that we could simply remove the augroup around the autocommand to remove some bloat. That is tempting but it's not a good idea because then you risk to execute several time your autocommand if you source again your vimrc.

The other solution is to create your own ftplugin and to add the command in it. Ftplugins are the built in mechanism which mimics the autocommand event Filetype. To do so, create the file ~/.vim/after/ftplugin/vim-plug.vim and simply add the following line in it:

And you should be good to go, next time you use a vim-plug command the window will be resized.

The related help topics are

Not the answer you're looking for? Browse other questions tagged vim-windows plugin-vim-plug or ask your own question.

4
How to load plugins from my vimrc and from another file?
4
Can I get vim-plug to skip installing a plugin, based on some Vimscript condition?
6
If I split the screen and open a Netrw dir listing in one window, Vim won't let me focus that window
0
Contextual key bindings when a specific context menu is open
2
How to have a buffer takes 1/4 of a window and another takes all the rest?
2
Can you use plugins inside of your vimrc?