How to match this syntax group?

I'm trying to improve on the MySQL syntax highlighting, for my particular code base.

I have a lot of this sort of thing

In this example, I'd like to create a syntax group mysqlQualifier for RE and E.

That correctly picks up on "RE." and "R." (Though I'd prefer it not to highlight the period if possible!)

But the alias clause is proving harder. I'm sure it'll be very simple to someone who's edited a syntax file before, but this is all new to me.

This is what I've tried, based on my understanding of Custom syntax highlighting: highlight word following keyword :

But it doesn't seem to work, and matches far too much (e.g. COALESCE when COALESCE hasn't immediately followed a table name.

I thought maybe I could simply match one, and then match the other, so as to "overwrite" part of it:

But the second match seems to undo the first one; TBL_ENTITIES correctly recognised as a table, but E is not recognised as a qualifier, so I guess syntax can't be "overwritten" in the way that I hoped it might.

EDIT: I've now improved on the above...

This is almost perfect, with one exception - I still have the problem with the period being hightlighted after the qualifier, e.g. in RE.entityFK.

Any help appreciated, thank you!

The easiest way is to use \ze to mark end of the match: 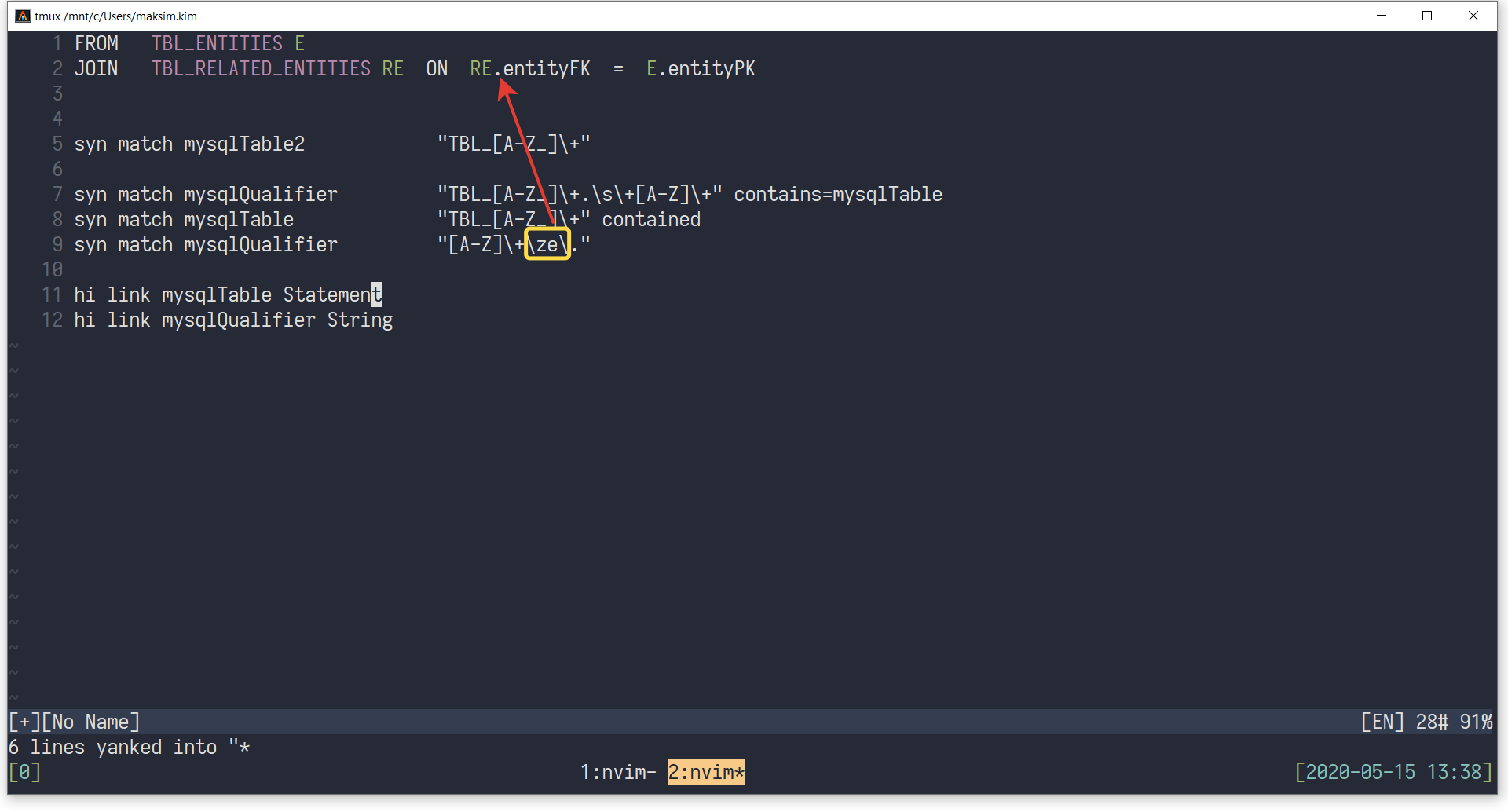 Not the answer you're looking for? Browse other questions tagged vimscript syntax-highlighting regular-expression syntax or ask your own question.

1
Syntax highlighting for not empty line starting with a space, but only if the previous line did not end with "="
3
How can I change Javascript syntax to higlight objects?
1
vim word boundaries in syntax files
3
define two syntax regions with same pattern
2
Syntax Highlighting a region inside the start match of another region
2
Match and highlight urls
3
How to match paragraphs of text ending with a character?
2
Custom syntax highlighting: highlight match following keyword