Move to window if specified buffer is opened

I am currently trying to write myself a function the will let me show or hide (toggle) the :terminal window. The only way to hide it, as far as I currently know, is to just navigate to that window and close it with ZQ, :q or whatever. I have a problem though:

I thought switchbuf might help, but I found out that it works only for quickfix commands. 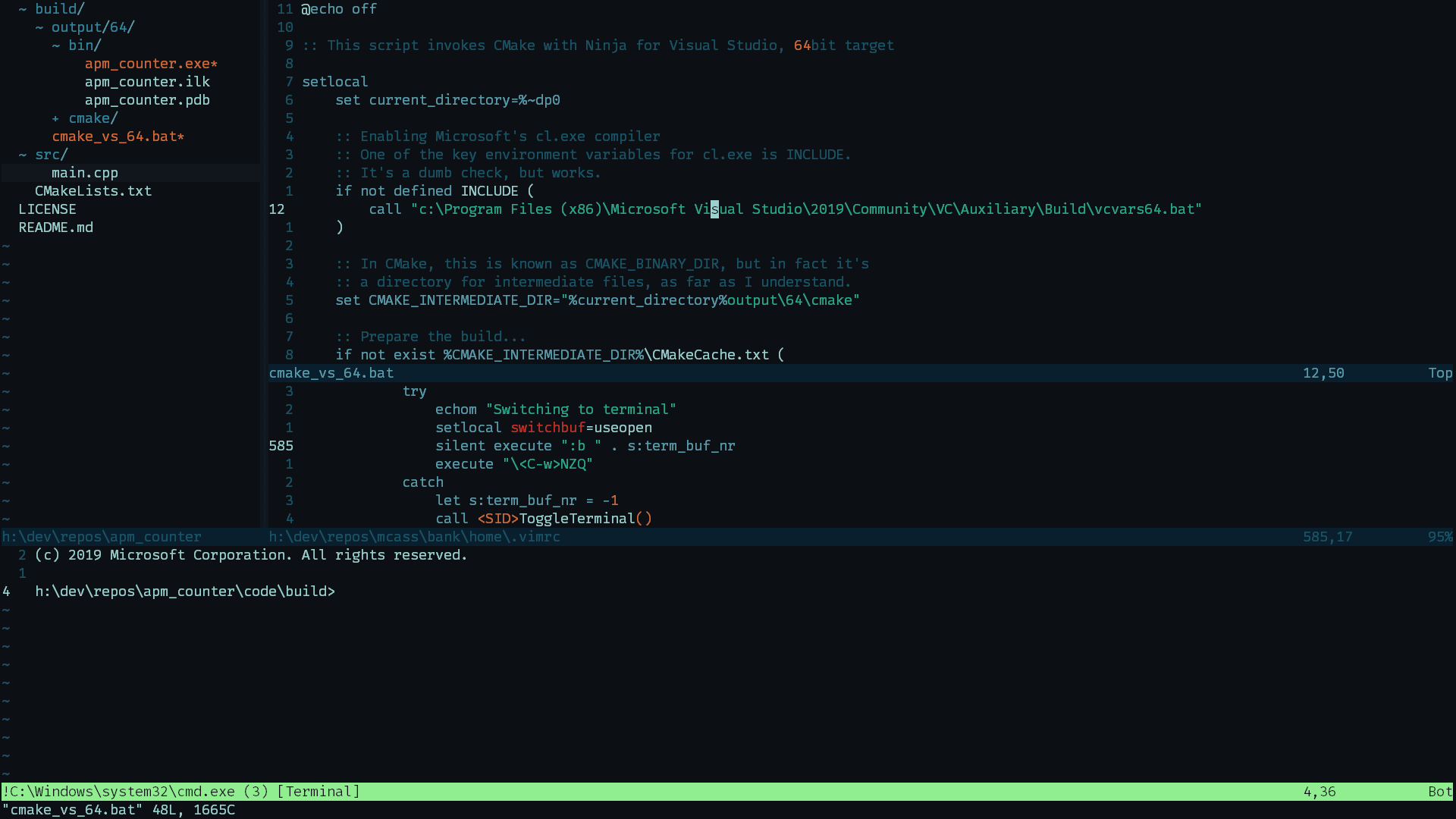 Thank you in advance.

buffers vim-windows hidden-buffers
Share
Improve this question
asked May 2, 2020 at 12:23

Use :h bufwinnr() to get window number for a specific buffer.

Use :h :execute to combine them together:

Another crucial function for a global terminal is to repeat last terminal command, you can see my global terminal gterm for an example, it also remembers it's position and size when you toggle it.

First, you need set switchbuf=useopen in your vimrc (:h 'switchbuf') to reuse a split (if it exists, else it will create it), instead of opening the buffer in the current split.

Besides, you could use the fzf.vim plugin (requires fzf) and its :Buffers command.

Not the answer you're looking for? Browse other questions tagged buffers vim-windows hidden-buffers or ask your own question.

5
How to make an autocommand run for closing a window?
5
Which buffer quickfix file is opened in?
1
Make a buffer active by its number
2
Making terminal buffer unlisted
5
Parsing winlayout() For Toggling Multiple Windows At Once
1
How to populate the preview window?
0
Select buffer from list of buffers filtered by a partial name match?
1
Vim splits the window horizontally whenever i switch between buffers if i didn't get the data written to the disk first