Does Vim have functionality similar to tmux's `display-panes` command for selecting (goto) a specific window by number?

Does Vim have functionality similar to tmux's display-panes command for selecting (goto) a specific window by number?

Sometimes when I've many windows open, it can be a pain to navigate them by C-w h (left), C-w j (down), C-w k (up), and C-w l (right). In that case, I miss functionality similar to tmux's display-panes command, which lets me select (goto) a specific pane by its number:

Does vim have similar functionality? 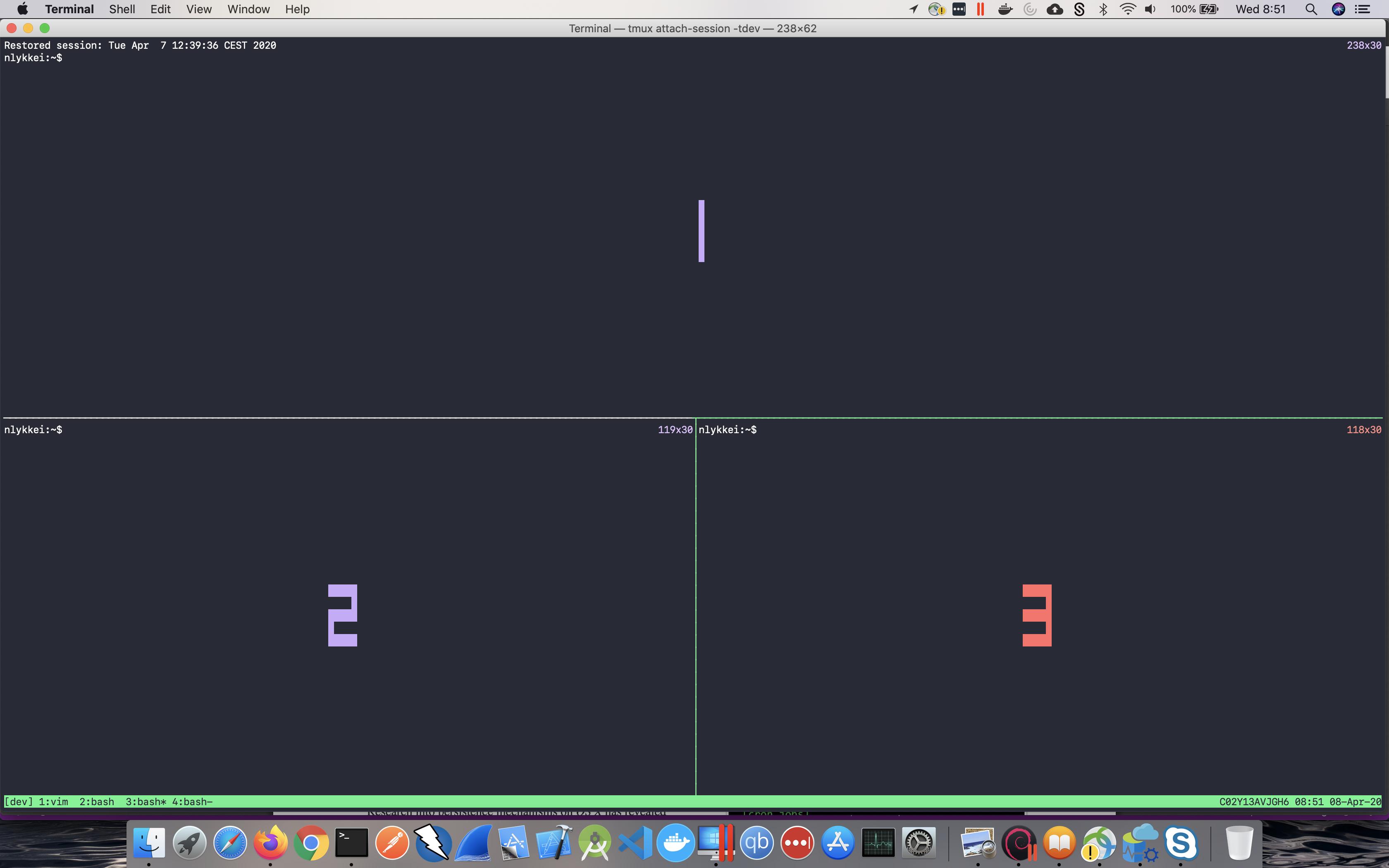 I'm not aware of any Vim feature or even plugin that does that; in fact, up until recently it would be rather hard to display it like that, but with Vim 8.2's popup windows it wouldn't be too hard; you just have to loop over all visible windows and create a new popup window displaying the window number.

The closest thing you can get, which may actually be enough, is displaying the window number in the statusline by adding %{winnr()}; you can then use [nr]<C-w>w to switch to a specific window.

You are looking for Choosewin, sadly it's not being actively developed anymore, but for the simplest use cases it works great.

First, you probably want to have set switchbuf=useopen in your vimrc (:h 'switchbuf') to reuse a split, instead of opening the buffer in the current split.

Besides, could use fzf.vim plugin (requires fzf) and its :Buffers command.

I found a plugin that does exactly this.

I have been using for a whole hour now, so I feel comfortable recommending it to the world.

In particular, I've been using this configuration:

But I have not play around with other options, it seems to be pretty configurable, go nuts!

It might not be a direct answer, but if you just need to jump between buffers you can use :bN, where N is the number of the buffer, which you can check with the :ls command.

I rarely need to use more than 3 panes in one direction and I just use the :bN command. If you work long enough with the files, you will remember their buffer number.

Not the answer you're looking for? Browse other questions tagged terminal vim-windows tmux mouse jump or ask your own question.

33
What are the new "popup windows" in Vim 8.2?
5
Parsing winlayout() For Toggling Multiple Windows At Once