I have matched parentheses, but highlighting failed as it transcends up the recursion stack. 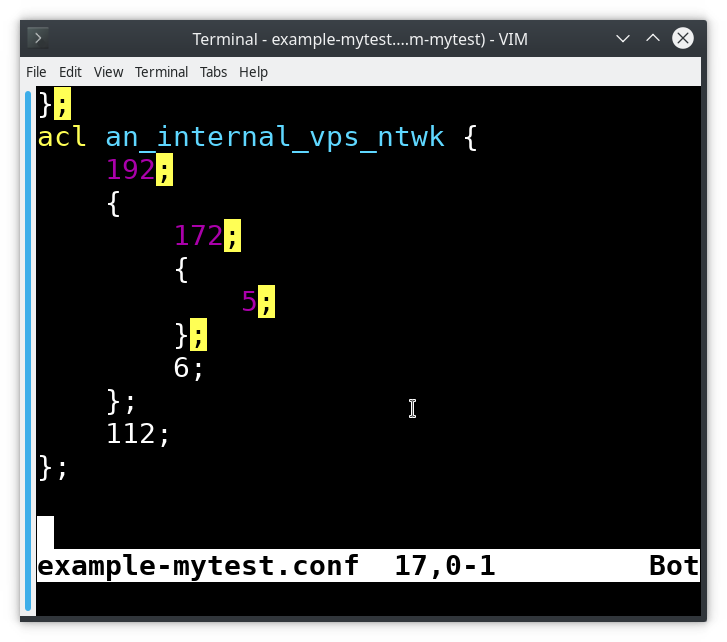 I just need to know if there is a solution to tracking pairs of delimiters during Vim highlight syntax of nested curly braces.

One is the address_match_list whose BNF is:

It's easy to make that Vim syntax for above BNF for 1st time.

Now, the actual usage of address_match_list in a recursive manner, it lost the tracking of closing curly braces and no longer highlights on the way back up the recursion stack (if there is any).

For the condensed (but working) config file:

All files can be found in PasteBin

After reading the syn-extend and the use of keepend and extend keywords, I used Error for my first region syntax and Todo for that last character after the region (semicolon). My recursive region is foreground white-colored.

With a bit of a bit of trial and error, got it to work: 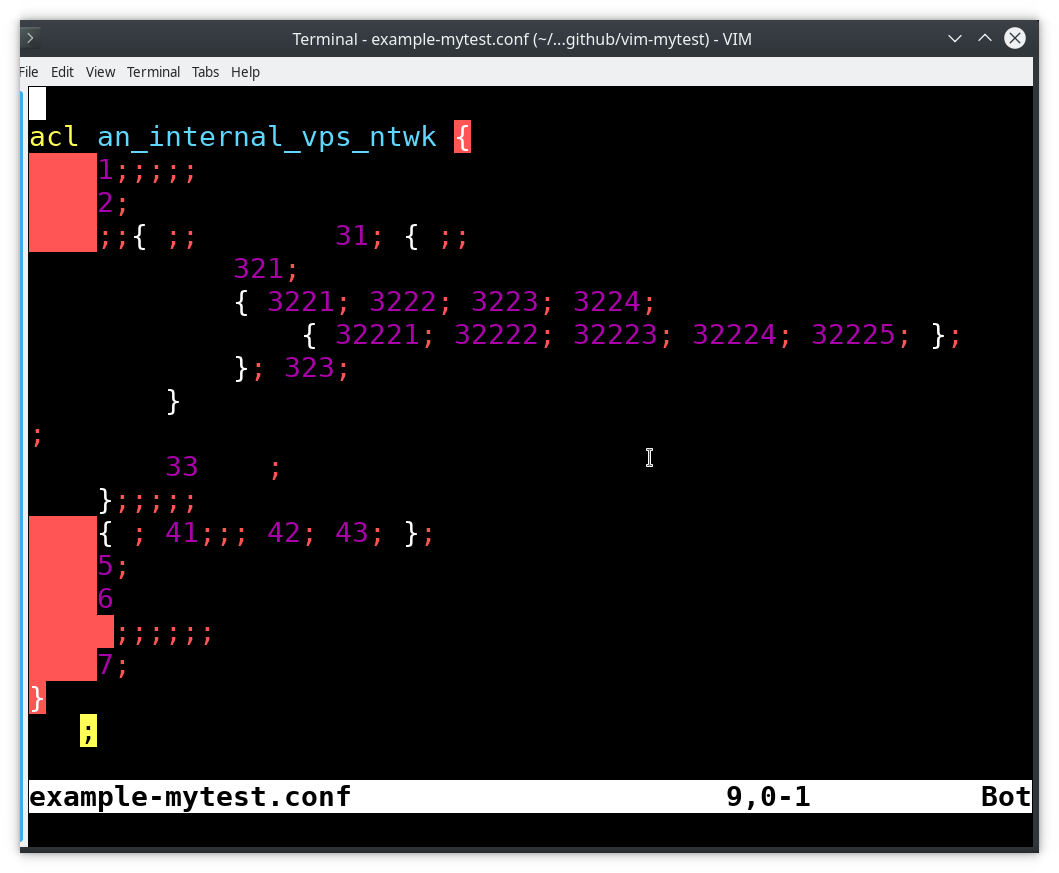 Then started to pare-down all non-essential keywords until it just works.

The key thing during your Vim syntax debugging effort (other than the constant reloading) is to make use of:

While you debug (or randomly try) new syntax, and you get that last character to stay properly colorized as xyz_Semicolon, you will then be able to rock the rest of the syntaxes until you're happy, knowingly that you preserved your multiple nesting (recursive syntax).

In my case, I had two cases of near-duplication of the same region syntax. Most of you wouldn't be facing this (unless you're a NeoVim or a Python Vim syntax maintainer). Reason is I need two similar region syntaxes, is to perform a "tee-off" of limited capability before going into full-recursion syntax.

Full recursion is the following BNF:

I had to wrap the address_match_list with:

Not the answer you're looking for? Browse other questions tagged syntax-highlighting delimiter-matching or ask your own question.