I used to use chromium before and then, I could press gx on an url and vim would open it in a new tab if a chromium instance was already running, otherwise create a new window.

But in firefox, when I press gx on an url, vim opens a new firefox instance that is not even signed into my firefox account.

How do I change the behavior of gx so that it opens a new tab of an already opened firefox instance?

N.B. The output of lsb_release -a is as follows.

The issue was with how the Firefox profiles were set. When a command told it open a new tab, it checked for the default profile, and saw that no instance of it was opened, so opened a new instance. Firefox doesn't care that an instance of another profile was opened, because that profile isn't the default one. 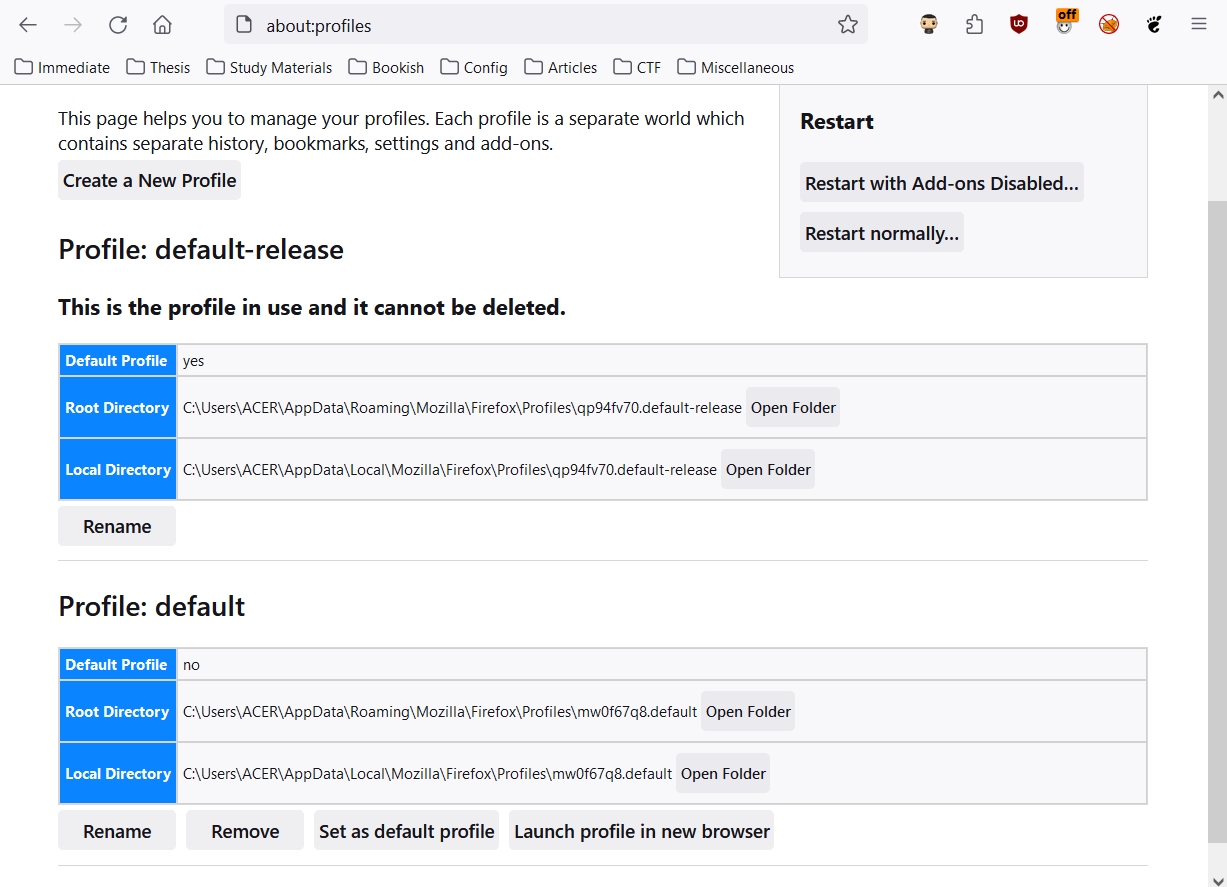 It may have been a bug with Firefox, because I haven't faced this issue after an update or two, and I have reinstalled OS several times so there is no way my settings of profile was unchanged.

Not the answer you're looking for? Browse other questions tagged key-bindings netrw or ask your own question.

6
Percent key ( % ) matching behavior for angle brackets ( < > )
4
Strange behavior between autochdir and netrw
2
Change to a specific directory in :Explorer
1
How to override netrw-delete behavior
4
Delete and change key sequences are slow