Where do I fix partial words incorrectly identified as errors with spell?

I upgraded MacVim to 8.1.2168 (159) tonight and now the vimwiki files in Markdown format do not highlight correctly when I enable spell check.

I run set spell spelllang=en_ca as I have before. It looks almost like the spell check is finding all of the first word except the first character in some (but not all!) of the sentences, and reporting those fractions of words as misspellings. 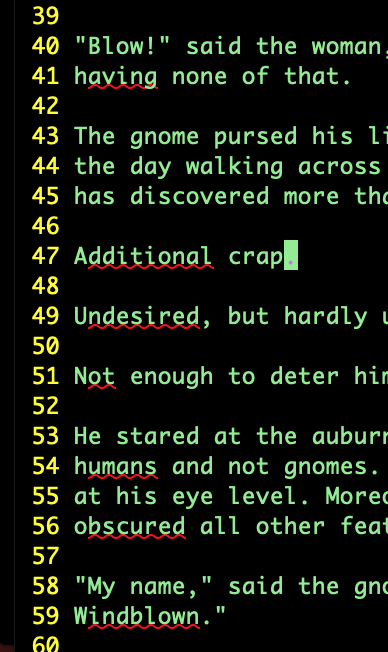 and the highlighting does not change.

When I run set list I can see that there is an eol at the end of each line. This is as I expect.

It is not lost on me that the first word of each sentence is not highlighted if the remaining characters after the first character form a valid word:

Where do I look next to fix this?

I am having the same issue. Just upgraded to 8.1.2168 a couple days ago. A couple things I noticed:

In other words, looks like gvim doesn't actually think these are misspelled words, but erroneously highlights them anyways.

I tested this by opening up an empty file (vim -u NONE), running set spell, typing some words (some purposefully misspelled), observing what was highlighted, and using ]s & [s to see what was actually flagged as misspelled.

Not the answer you're looking for? Browse other questions tagged spell-checking or ask your own question.