On my Linux system, if I try to type indic characters (specifically Kannada) in gvim (via ibus), the display is so garbled, I can barely see what has been typed. Is it the expected behaviour? Can Gvim display all the utf characters properly like pluma (another editor under Linux) does?

I have avoided asking about vim/neovim supporting these as it would be a terminal issue.

Any pointers would be helpful.

Edit: Attaching a screenshot of the two editors. 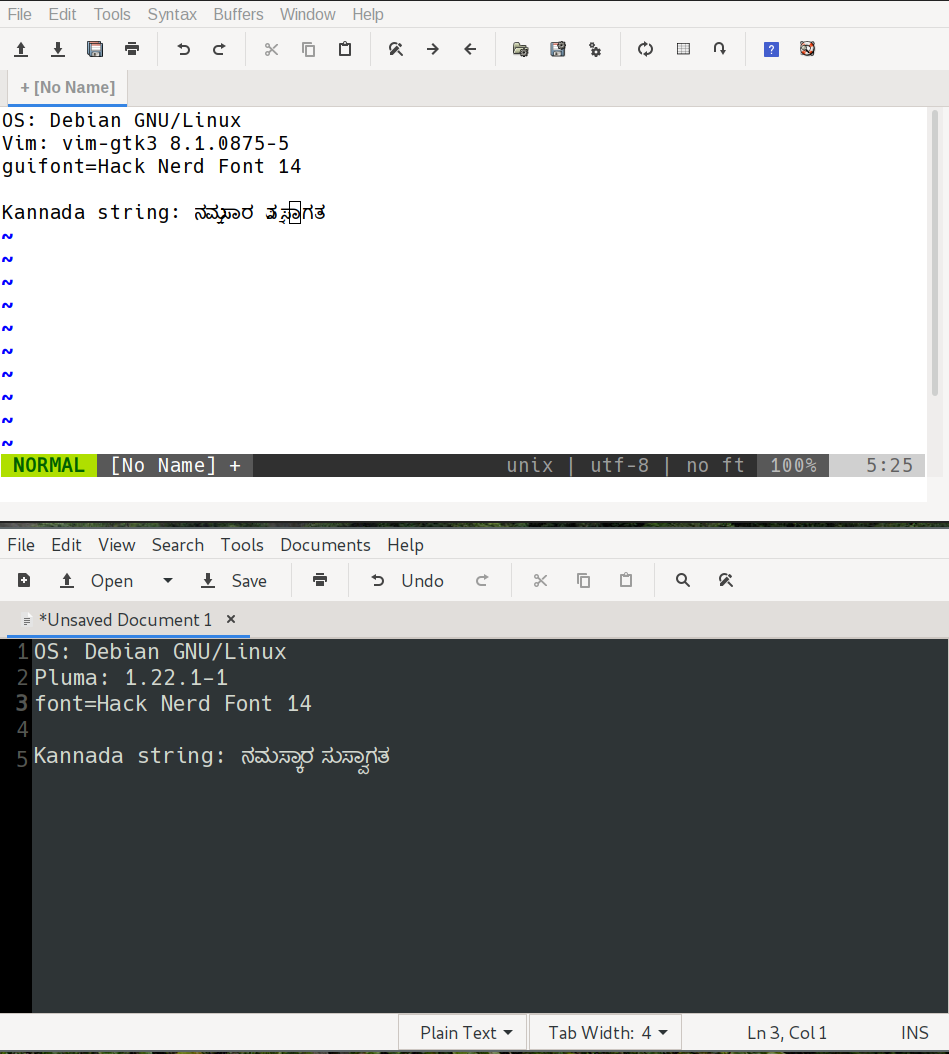 This is a known problem and has been discussed a couple of times in the past. Unfortunately, Vim is not really good suited to the specifics of indic fonts and therefore in the current implementation displays them a bit garbled. Having said that, a PR implementing proper support would certainly be appreciated.

Not the answer you're looking for? Browse other questions tagged gvim or ask your own question.

3
Stray characters when scrolling in gvim
0
gVim not showing german Umlaute, but only in error/warning and other messages
3
Sharing the config file for vim and gvim
0
regex characters replace multiple characters
0
gvim editor -- E488 Trailing characters after search and replace questions
0
Remove bottom and right borders (gaps) and customize scrollbar in Athena GVim
2
How to have Gvim 8.2 work with windows files containing a Unicode colon