Using plugin YouCompleteMe, I get useful previews of entries. However, if the cursor is near the end of the line, the list gets out of sight. Screenshots below; the latter with pumwidth=75. 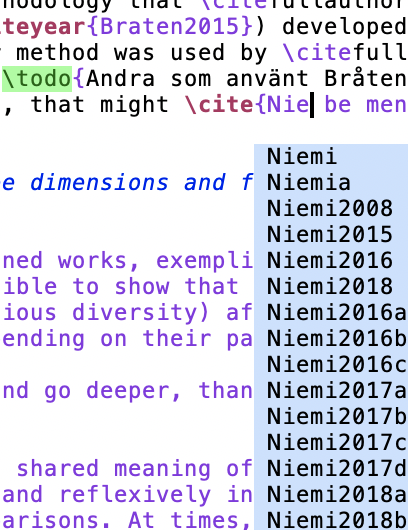 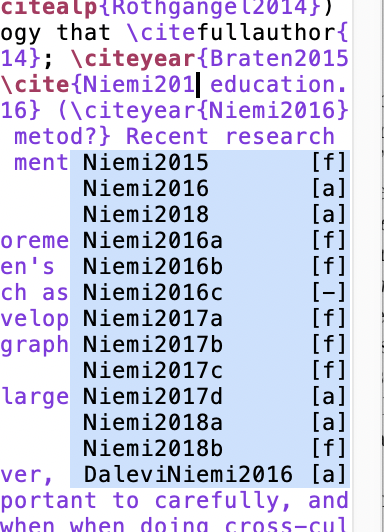 The only way I've found to get around this, is to resize the window temporarily so that it will be wide enough to show the preview, or move the cursor to the left in the line, as in the screenshot below. 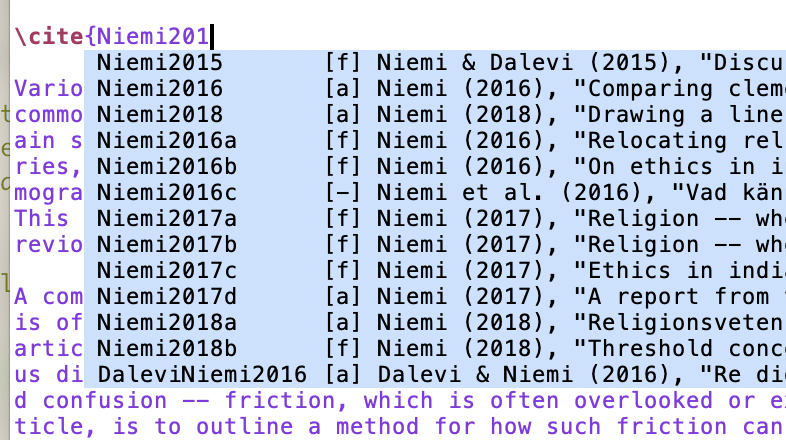 Is there any way to tell vim, that n characters of preview should always be shown, and if the completion list "disappears outside the window", it should shift it to accommodate n? (n=20 might be a suitable number for me.)

EDIT: Setting pumwidth to really high did the trick; in the figures of 200 or so. Screenshot:

You can set the 'pumwidth' option to set a minimum width for the pop-up menu.

The setting is for the total width, including the match and the preview, so you want to set it to something higher (like 35 or 40) to ensure you'll have at least 20 characters or so of the preview available.

UPDATE: Setting 'pumwidth' to a really large value, like 200, solved the OP's problem, so that's worth a try!

Not the answer you're looking for? Browse other questions tagged macvim plugin-you-complete-me or ask your own question.

1
How to make sure every 'echo[msg]' command is visible?
2
How to make YCM load <GL/glew.h> by default?
2
Characters from YCM completion menu not cleared in Vim