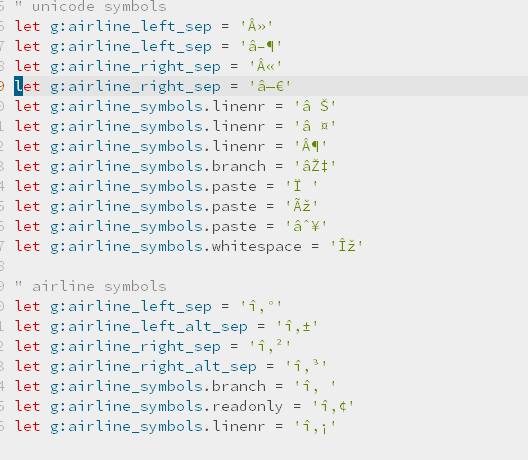 Note that this requires a gVim restart to work. Using :set encoding=utf-8 produces more visual artifacts and HTML render failure on top of the other problems.

8
Powerline fonts not working on Airline

4
Why do symbols look ugly in gvim?
1
Problem with color, symbols and upper bar using airline with Vim in terminal
8
Powerline fonts not working on Airline
0
gvim looks terrible on my RedHat. Unable to change font
2
Unknown symbols in vim near filename and filetype
1
Powerline font not working with airline in (g)vim on Windows 10
1
Machine-specific gvim customization file tree with otherwise minimal customization?