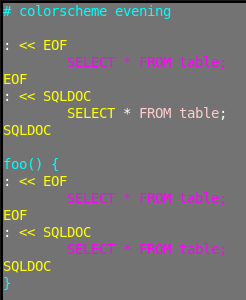 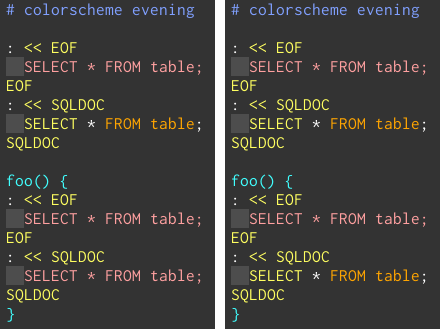 20
How do I enable language-specific syntax inside a heredoc?
6
Highlight heredoc as perl code
3
How can I fix the default bash syntax highlighter?
0
Is there a way to tell vim (maybe with plugin?) to treat a set of lines as a specific filetype?