Have a buffer show a "state mark"

I'm trying to to have a visible mark depicting the "state" the buffer is at.

A "state" is nothing more but a function that sets or unsets some keymapings that should be easily arbitrarily turned on or of on a per buffer basis.

I'm looking for a way to show some visual mark for every buffer that has that state set. Something like this (with ASCII graphics): 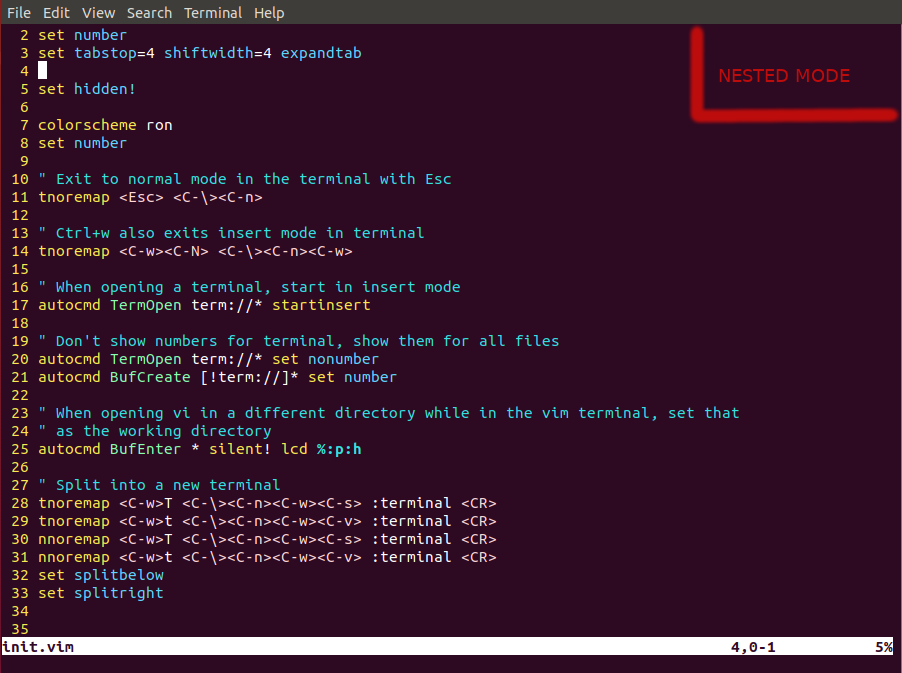 For example, pressing F4 draw that little rectangle in the top, and repressing it clears it.

It doesn't have to be that exact visual mark, am open to suggestions that are simpler to implement but clearly show a visual difference in the buffer.

Any suggestions on how to do this?

draw that little rectangle in the top

This will be possible when Neovim's "floating windows" PR is merged.

Meanwhile you might be interested in :help nvim_buf_set_virtual_text(), it could be used to simulate a one-line floating status, but will require some logic to re-position the text when you scroll.

Not the answer you're looking for? Browse other questions tagged neovim or ask your own question.

3
neovim doesn't show expansion "list" of completions
7
Show newline characters in neovim
1
Have NeoVim confirm before closing when terminals are open
2
Show terminal buffer in airline's tabline
7
Show exact number of matches even for large (>99) numbers
1
How to show a terminal under all tabs?
3
Show lines, words, and character count in fold text
0
How to show Chinese characters in Floating Terminal inside Neovim?