I love the quickfix feature in vim. It also works flawlessly in most cases. But when I work with LaTeX documents, it leads to funny behavior. I don't think it's relevant, but I have the LaTeX suite installed, and makeprg is set to makeprg=xelatex -interaction=nonstopmode.

A screenshot can be seen here. My actual work area are the five lines at the top. 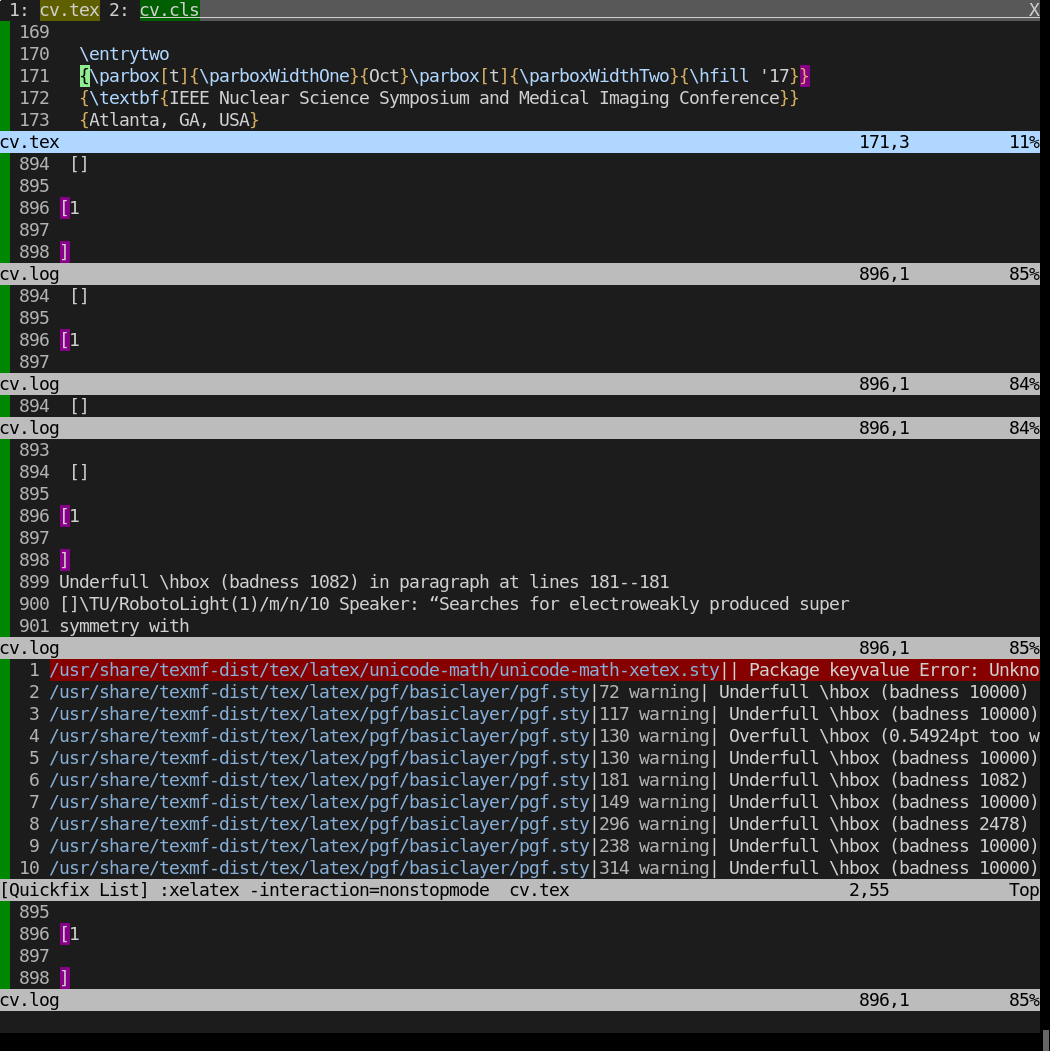 I can close the first quickfix window with :cclose, but then I have to move to the other windows and close them one by one. Or I can close vim and open it again. None of these workflows is particularly sensible or efficient.

I have written a code that is pretty similar to the :only command. But it closes also unsaved buffers. It keeps the only the active window in the current tab.

I have mapped <leader>c to call this.

Not the answer you're looking for? Browse other questions tagged quickfix plugin-vim-latex or ask your own question.

11
How to map Enter to custom command EXCEPT in quick fix?
0
How to change the cursor line higlighting only for one window (namely the quickfix one)?
0
Would you ever want to start recording a macro from the quickfix window?
5
Which buffer quickfix file is opened in?
2
Quickfix navigation not working properly
0
Line position after quickfix jump