Specifically, I have encountered this issue with the lowercase a with an umlaut ä and the lowercase scharfes s ß. Their (extended) ASCII values are 0xDF and 0xE4, respectively: 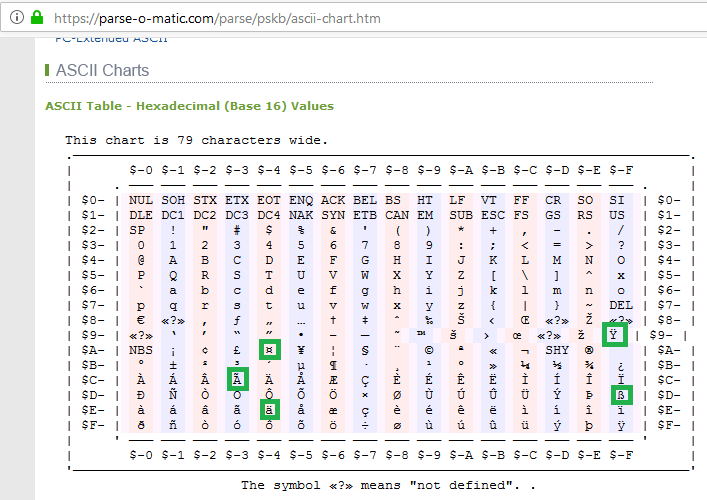 This can be seen, in the lower left corner, by invoking

I insert the characters in one git-bash terminal shell, and both characters look the same upon opening the file again (in the same shell): 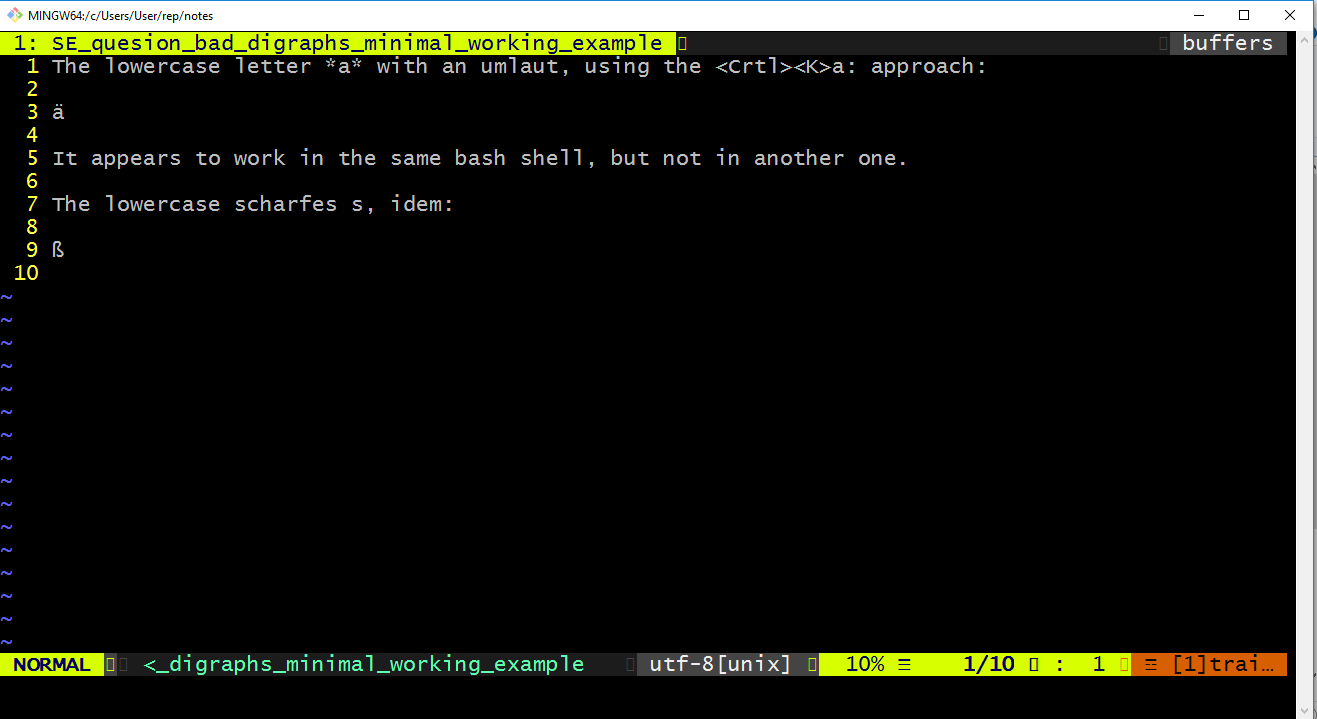 When I open the same file in a different shell, the two characters are changed to Ã¤d and Ã~_ , respectively. In the second case Ã~_, however, Vim points out that ~_ is actually the character Ÿ; since it recognizes it as the 0x9F (extended) ASCII character: 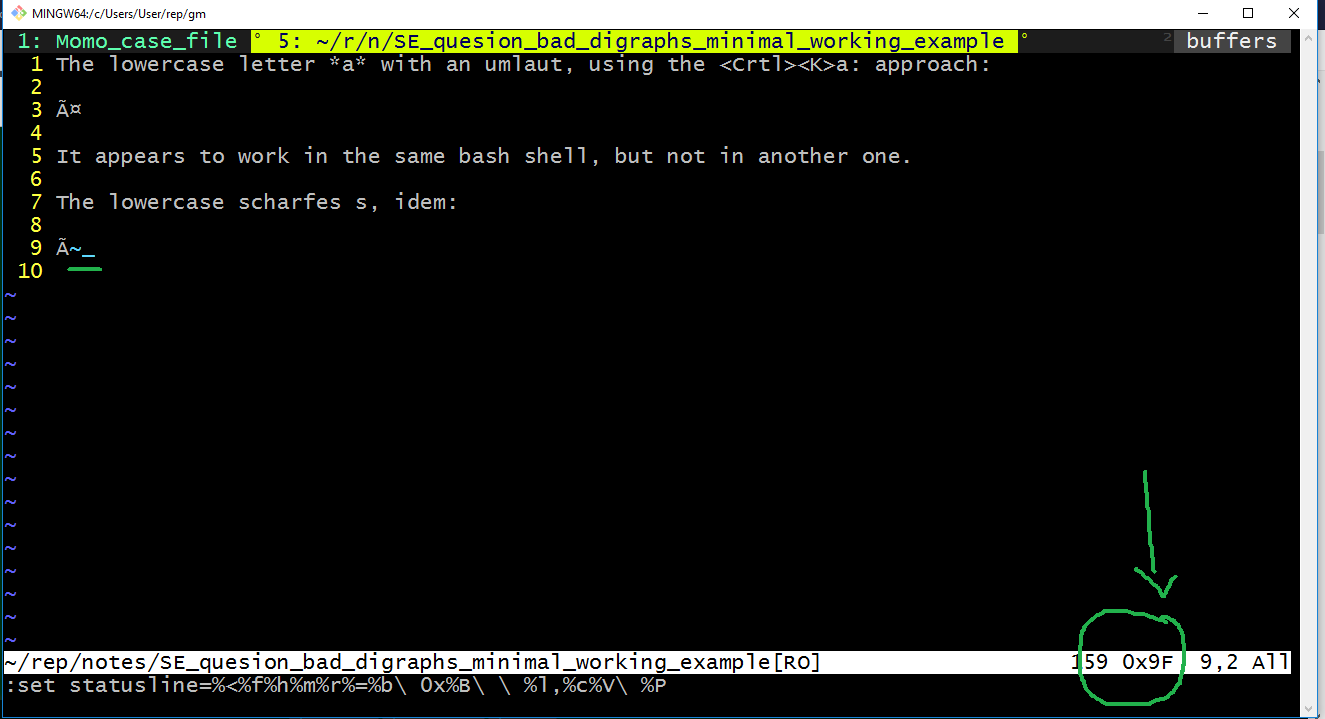 I have this same issue with many other extended ASCII characters. Does anybody know what causes these characters to change upon saving and opening in a different shell?

As suggested by @ChristianBrabandt, the issue with my minimal working example (MWE, in the post) was solved by changing my encoding to utf-8:

Not the answer you're looking for? Browse other questions tagged microsoft-windows bash or ask your own question.

3
Strange shell (bash) behavior when started from vim
11
How to output result of vim commands to shell
6
Does powerline and vim work in windows using Cmder shell terminal?
2
Error when opening shell scripts
2
opening powershell from inside vim
1
Execute Vim commands from shell
0
Shell running inside vim windows
2
Run processes in shell while editing in Vim