How to extend the background color to the whole screen in a shell command's output?

I used to have a similar problem with the main screen (IIRC), like here: 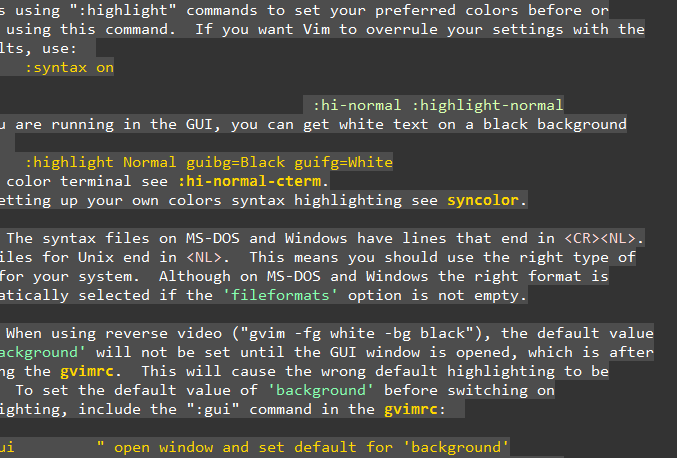 and I solved it by setting set set t_ut=, as was suggested in this question's accepted answer. But now I spotted another similar problem:

and I have not been able to fix it, following directions from other similar questions: Vim Colorscheme Weirdness for Background, 256 color support for vim background in tmux, namely setting the TERM variable's value to screen or screen-256color. I tried, but to no avail:

I use Terminator as a terminal, but, it seems, this doesn't matter, since in the default Ubuntu terminal the problem is the same.

It's not that this is a huge problem, but it's still annoying.

Could anyone help? Thank you in advance.

Browse other questions tagged colorscheme color or ask your own question.