There is a Haskell program called inline-C which allows C code snippets to placed inline Haskell code, as follows:

As you can see, there is a C code snippet above in between the [C.block| and |].

Is there a way to make it so that portions of code in between these are highlighted as C code?

You can include syntax files with syn include. Putting this in ~/.vim/after/syntax/haskell.vim seems to work fairly well: 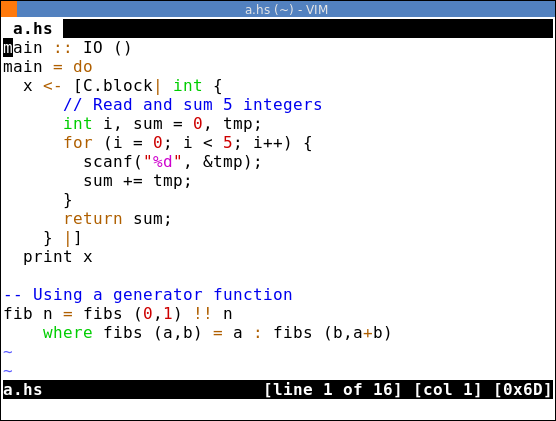 Not the answer you're looking for? Browse other questions tagged syntax-highlighting or ask your own question.