I used Sublime Text before using Vim. In Sublime Text, there was a plugin named SublimeREPL, which is optimized for using REPL such as irb, python, and scala. The plugin highlighted the code I type and provide a simple code completion like this. 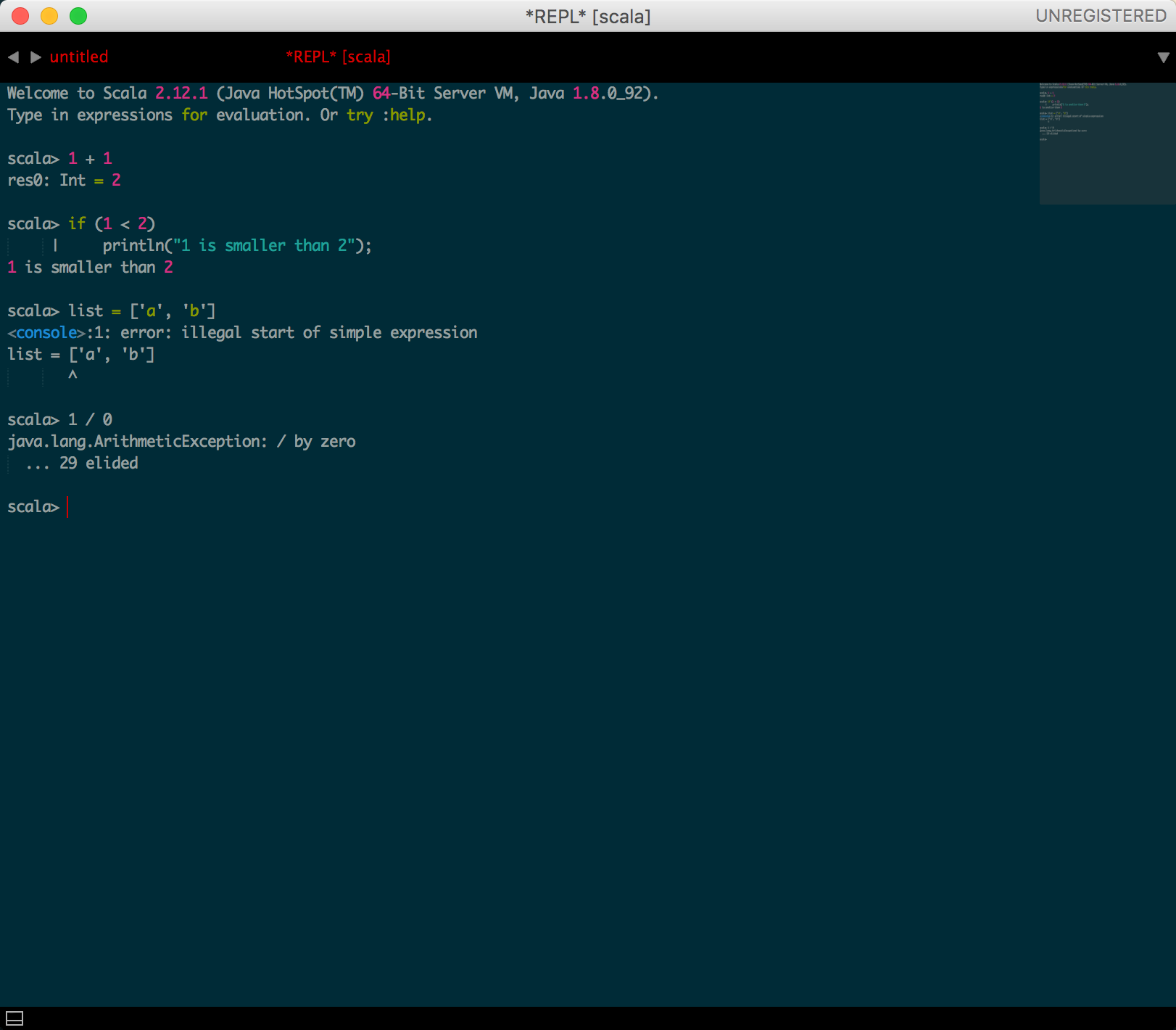 Is there any plugin similar to this in Vim?

You might find Shougo's VimShell similar. It gives you a terminal session in a Vim buffer, which is quite neat!

However, in my experience, I've found it to be a little buggy. YMMV. Also, three days ago, development on it officially stopped.

I think it's fair to say that things like this have been on vimmers' wishlists for some time now. Unfortunately, I don't know that it'll ever happen. Vim's strength is that it's a terrific editor -- but the price for that is that Vim's buffers don't lend themselves too well to the sort of interaction a CLI needs. So we can run a terminal in a Vim buffer, but I don't know that it'll ever be quite right; it's not what Vim's designed to do.

Instead, I offer you two alternatives I use after experimenting with VimShell and finding it wasn't for me -- but they'll only work with Vim in a terminal, not something like gvim:

Not the answer you're looking for? Browse other questions tagged plugin-system or ask your own question.

17
What is a Vim plugin?
3
Vim plugin to help with surrounding things in brackets, quotes etc
3
Selectively enable a subset of vim plugins for specific category of workflows (plugin virtualenv for vim projects)
3
Text manipulation by calling external binaries or scripts
3
Which vim plugin should I use if i want to surround specific text with brackets like this?
0
Show python help() inside vim
8
Drawbacks of using Python to develop new code in a VIM plugin
1
How to autoload multiple rc-style files in Vim 8+